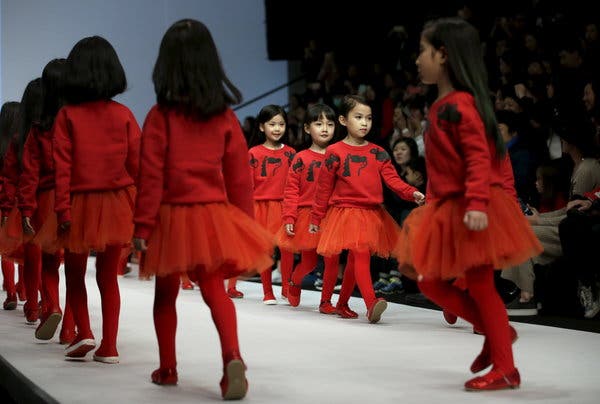 HONG KONG — China’s growing child modeling industry is under scrutiny after footage of a 3-year-old being kicked by her mother was widely circulated online.

According to China Daily, a state-run newspaper, the video was filmed Monday in the eastern city of Hangzhou, where the girl was modeling outfits for online retailers. It drew outrage on Weibo, a Chinese social media site, where one of the topic pages about the incident had been viewed more than 610 million times by Thursday evening.

“This mother could arguably be suspected of using her child as a cash cow,” Yang Wenzhan, a lawyer, wrote on Weibo to his nearly two million followers. “It’s not right to kick children; the psychological impact of the kick is greater than its physical injury.”

A woman who identified herself as the mother in the video, withholding her own name, issued an online apology on Wednesday. She said that she loved her daughter, Niuniu, and did not mean to abuse her.

In interviews broadcast on local news outlets, she said she had only intended to scare the girl with “big movements” to prevent her from running and falling.

Other online clips, captured from a distance, appeared to show the woman shouting at Niuniu, hitting her with a clothes hanger on set and asking her to smile and twirl for the camera.

A still image taken from a video shows a Chinese mother kicking her child after a modeling shoot. 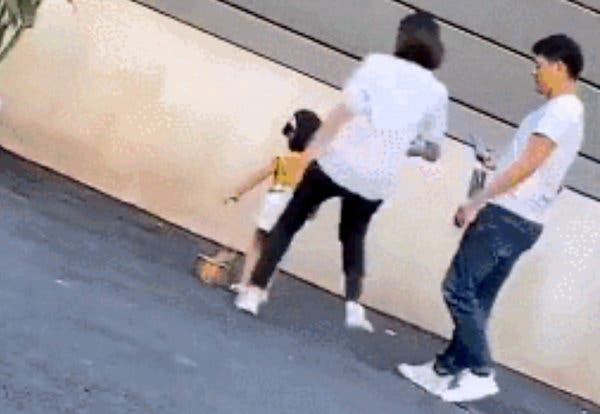 A still image taken from a video shows a Chinese mother kicking her child after a modeling shoot.

In response to the video, more than 110 children’s retailers on the e-commerce platform Taobao said they would scale back the use of child models and called for more regulatory protections.

“By employing little ones, we intended to show the delight that children’s clothing brings and to pass that on to even more children,” they said in a joint statement. “But if children are hurt in the process of being photographed, this completely goes against the original intent.”

The child modeling industry is growing in China, with an increase in runway shows, pageants and modeling classes for children, whose work can provide their families significant income. Parents say they enroll their children in part to help them develop self-confidence, Sixth Tone, an English-language Chinese media outlet, reported in 2017.

But according to local news reports, when children tire of posing, changing outfits repeatedly and hustling from location to location, it is not uncommon for parents to raise their voices or even use corporal punishment.

Child pageants have long been a controversial staple of American culture, popularized by reality television shows like “Toddlers and Tiaras” and “Here Comes Honey Boo Boo.”

More recently, Western brands have been paying “kidfluencers” huge sums to endorse their products on their YouTube channels and Instagram pages, often run by their parents.

Chinese law forbids companies from hiring children under 16, but child models are usually paid in cash and do not sign formal contracts.

After the video of Niuniu and her mother became public, an opinion piecedistributed by a newspaper under the All-China Women’s Federation condemned the use of children as “moneymaking props.” The article added that domestic violence was not only a family dispute, but a criminal offense.