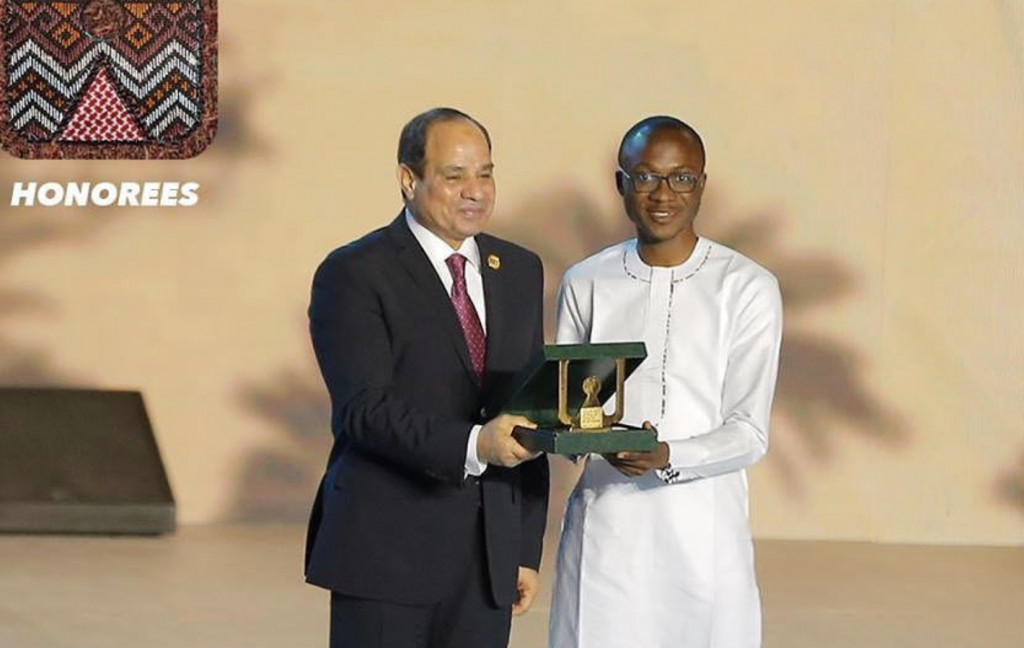 Loius Adekola, the founder of Ambassadors of Africa, has been honoured by Egyptian President Abdelfattah El-Sisi as one of the 12 young persons from Africa and the Arab region, playing a great role in shaping the future.

Adekola was honoured for his role in “educational advancement” on the continent, acknowledging his works “towards transforming education in Africa especially through his organization the Ambassadors of Africa and his A-Students Project”.

Adekola received this recognition at the World Youth Forum, an initiative of the Egyptian government “to provide a platform for youths all over the world to meet, learn and collaborate towards making the world a better place”.

Louis, who was one of these twelve young leaders honoured by the Egyptian President, is also the founder of Edvant Edge Africa, which aims at “helping African Universities to build partnerships, raise funds and advance towards becoming 21st-century Universities indeed”.

Other honorees were drafted from UAE, Kingdom of Saudi Arabia, Syria, Egypt, Uganda, and South Africa. 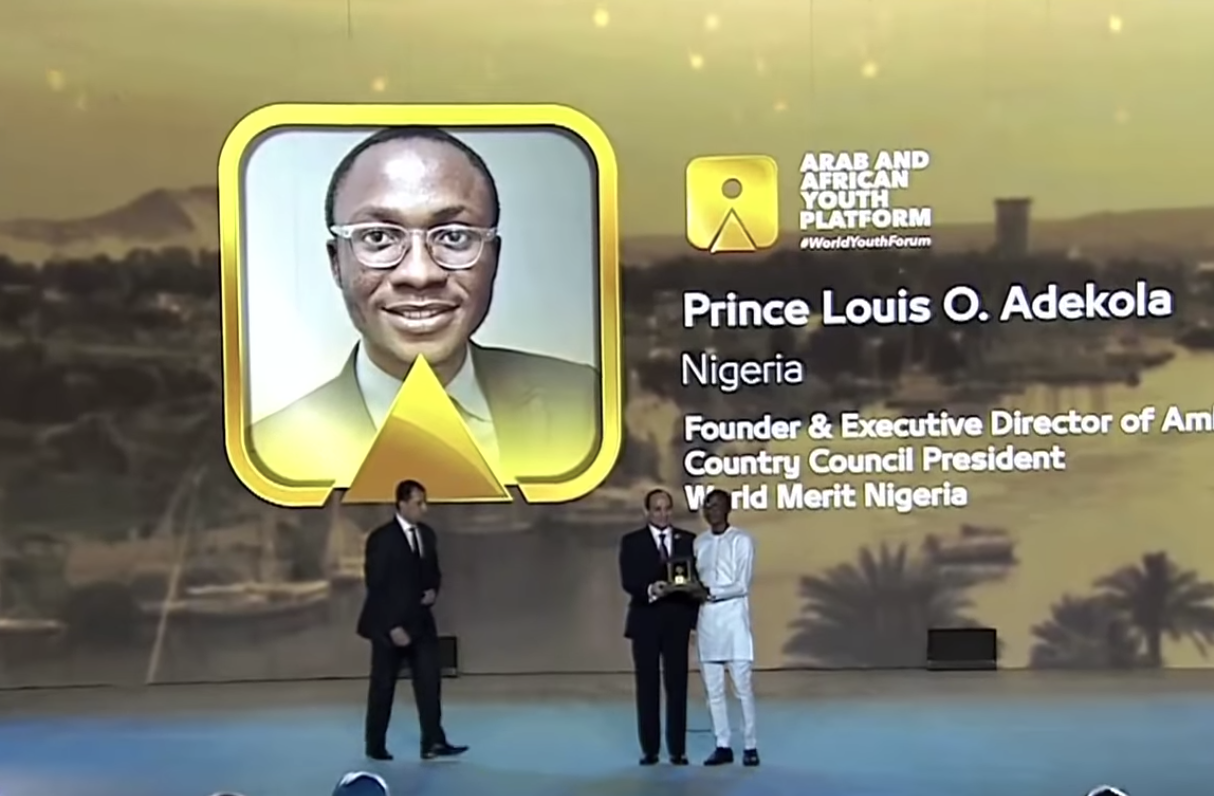 Adekola receiving the award in Egypt

At the 2nd WYForum in November last year, the recommendation for an Arab and African Youth Platform was made for young leaders from this region to be able to work together towards building a better future for Africa and the Arab nation.

This was basically to inspire young Africans and Arabians to take responsibility for their collective future.

At the inaugural Arab and African Youth Platform (also marking the launch of Egyptian Chairmanship of the African Union) which held at Aswan, Egypt, 12 youths from the region were honoured for their incredible works towards transforming their communities and respective countries.

Adekola was named among the inaugural honorees.

In this interview with the media in Egypt, Adekola explains how he started his career in driving educational advancement on the continent. He says “it was important to take action,” growing up in a place “where a lot of young people desired to be the best,” but are hindered by the lack of the right capacity and skillset.

He adds that Africans need to develop Africa, rather than leave the continent for greener pasture, stating that leaving Africa without development will leave us with “regrets” on the long run.

Adekola was also profiled as one of the promising youths in Africa.

WHO IS LOUIS ADEKOLA? 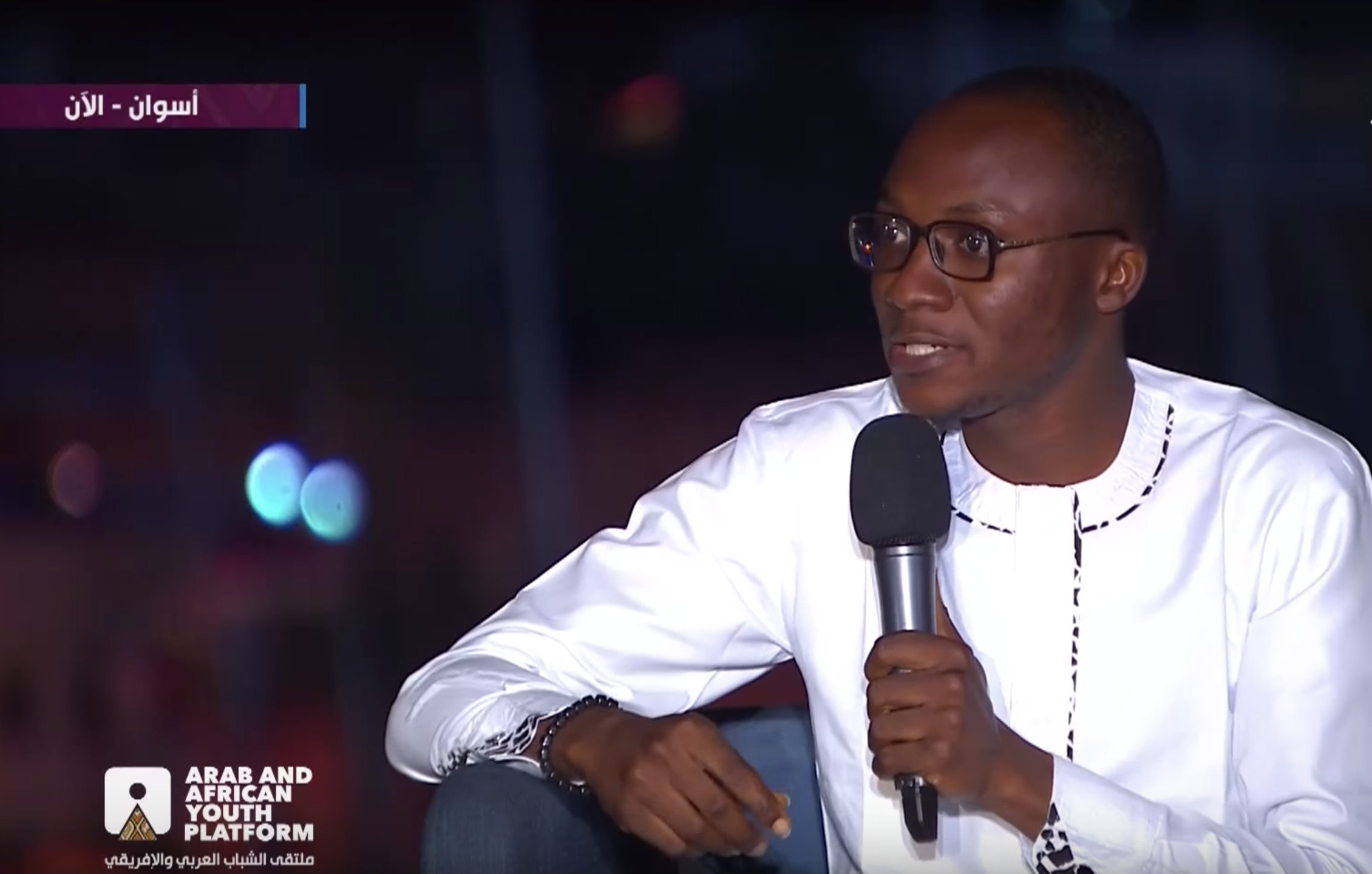 Adekola narrates how he started his work on shaping the future of education in Africa.

Louis Omolayo Adekola is an educational advancement professional and SDG 4 Advocate from Nigeria. He holds a bachelor’s degree in Educational Management from Adekunle Ajasin University (AAU) with Postgraduate interest in Comparative and International Education.

He has over eight years of cognate experience in international education consultancy, higher education administration and general advancement services.

As the founder and executive director of an emerging educational advancement firm, Edvant Edge Africa. Before starting his firm, Louis worked at his alma mater as the development officer at AAU’s linkages and advancement centre, where he developed and implemented innovative ideas for the institution’s advancement.

In the last decade, he has worked with various non-profit organizations including World Merit Nigeria and the Ambassadors of Africa both as a volunteer and as an executive member.

Louis has a track record of strong leadership, project management and interpersonal relationship skills. He was a participant at the 2016 CASE Educational Advancement in Africa Conference, Kenya; a Nigerian Delegate to the 2017 World Innovation Summit for Education (WISE), Qatar and Panelist at the 2018 World Merit Councils’ Summit in Morocco.