Ekweremadu: As an oil producer, Nigeria should frustrate sale of electric cars 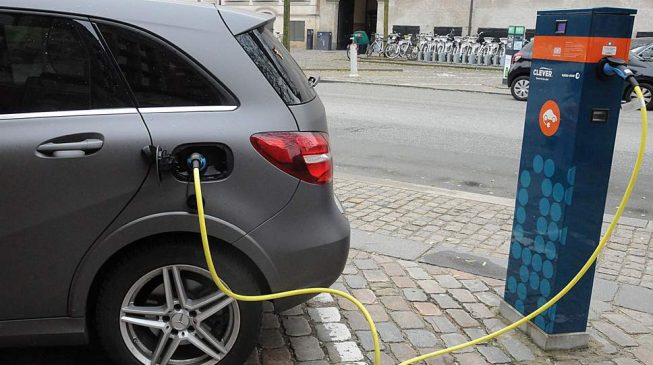 Ike Ekweremadu, deputy senate president, says as an oil producing country, Nigeria ought to frustrate the sale of electric cars.
Contributing to a debate on a bill seeking to phase out petrol vehicles and introduce electric cars by 2035, Ekweremadu said such a move is against the interest of the country.

In a report seen on TheCable, the deputy senate president argued that there was no need of a law mandating Nigerians to use electric cars since the constitution has a provision for freedom of movement.
While commending Ben Murray-Bruce, sponsor of the bill, for his “uncommon common sense and brilliant ideas”, the lawmaker said Nigeria would be disadvantaged “in economic sense” as the country needed to sell its crude oil.
“Besides, in economic sense, we are an oil producing country,” Ekweremadu said.
“So, we should do everything possible to frustrate the sale of electric cars in Nigeria to enable us to sell our oil. This will enable us to sell our oil.”
After other lawmakers criticised the bill, Murray-Bruce was forced to withdraw the bill.
Following the desire to cut down on greenhouse gas emissions, companies such Tesla, an American company, have started manufacturing electric cars.
electric cars ike ekweremadu - senate