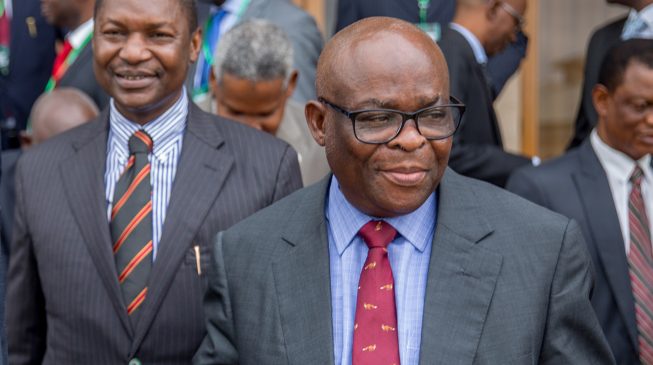 The Economic and Financial Crimes Commission (EFCC) has sent a “final address” to the National Judicial Council (NJC) over allegations of “financial impropriety, infidelity to the constitution and other economic and financial crimes related laws” against Walter Onnoghen, the chief justice of Nigeria (CJN).
The NJC will sit on Wednesday to determine the fate of the CJN who has been on suspension following allegations levelled against him over his asset declaration.
In the final address prepared by Ekele Iheanacho and Rotimi Oyedepo Iseoluwa, counsel to EFCC, and obtained by TheCable, the commission the NJC should declare that Onnoghen has breached various laws.
Some of the key allegations against Onnoghen, as listed by the EFCC, are:
If the NJC upholds the allegations, Onnoghen could be removed as CJN and asked to face criminal trial.
This is different from the asset declaration case currently before the Code of Conduct Tribunal.