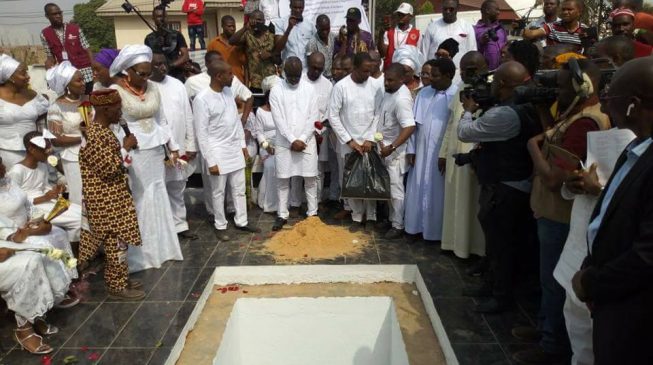 Charles Ezeani, member representing Aniocha 11 constituency and sponsor of the bill, said the legislation provides that burial ceremonies will be held in one day.
Ezeani said there is a provision in the bill that no individual would be able deposit a corpse in any mortuary in the state beyond two months.
The lawmaker said if the legislation is assented to, nobody will be subjected to a mourning period of more than one week from the date of the burial ceremony.
He said those found blocking of roads and streets during burial ceremonies would be sanctioned.
An implementation committee that would monitor the implementation of the provisions of the legislation when signed into law, has been provided for in the bill, he said.
The bill passed after Rita Maduagwu, the speaker, put to a voice vote.
Maduagwu commended Ezeani for sponsoring the bill which she said “will moderate burial expenses” in Anambra.
The passage of the bill followed the outcry of Paulinus Ezeokafor, Catholic bishop of Awka diocese.
Ezeokafor had lamented that burial expenses have been on the rise in the state.
“All of us should strive to do good and be prepared for death as it comes like a thief.There is no repentance in the grave so everybody should work had to achieve heaven. We spend a lot in burial, we should bury the dead but not to the extent of spending that much”, the bishop had said during a sermon.
Willie Obiano, governor of the state, has to give assent to the bill for it to become a law.
TheCable
Anambra house of assembly Burial ceremonies Charles Ezeani