FAAN threatens to withdraw services from nine airports over debts 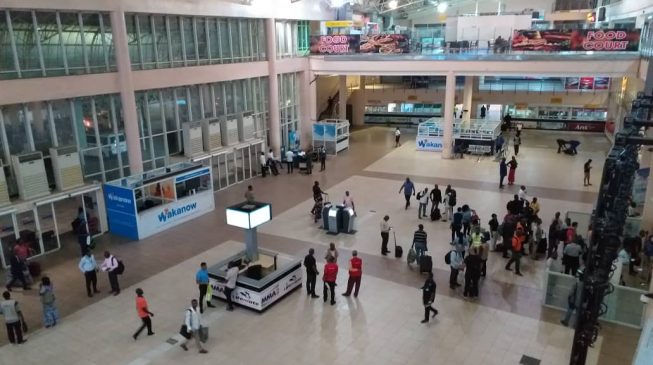 The Federal Airports Authority of Nigeria (FAAN) has threatened that it would shut down its services in nine airports where operators have not paid for services rendered, TheCable reports.

In a circular issued on Monday, FAAN’s credit control department said debtors had until April 30 to clear the debts, saying there was no response to its previous ultimatum.
“Following the notice of intention to sanction issued to owners/operators of private airports indebted to FAAN which lapses on Wednesday, 24th April 2019, FAAN hereby serves another seven days notice of grace till Tuesday, April 30, 2019, for them to settle the debts,” the circular read.
“In view of the above, the authority hereby notifies private airport operators that the services of our aviation security, as well as aerodrome rescue and fire fighting personnel, will no longer be available for operations of their airports with effect from Wednesday, May 1, 2019, as FAAN can no longer keep this personnel at airports without payment.”
The listed airports are Jigawa State Airport, Kebbi State Airport, Gombe State Airport, Victor Attah International Airport in Akwa Ibom State, Bayelsa International Cargo Airport, Taraba State Airport, Delta State Airport, Murtala Mohammed Airport Terminal Two (MMA2) and the Osubi Airport in Delta State.
According to the International Civil Aviation Organisation (ICAO), no planes should take off or land at airports without these services available.
In the absence of these services, the Nigeria Airspace Management Agency (NAMA) would be directed to issue a Notice to Airmen (NOTAM) to restrict operations at the airports.