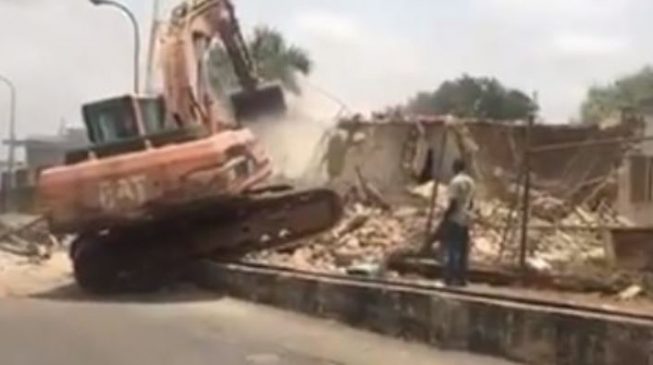 DAAR Communications  was founded by Raymond Dokpesi, who has been in the news lately over his row with security officials.

Dokpesi was detained at Nnamdi Azikiwe International airport in Abuja when he returned from a trip to Dubai.

It is still not clear why the demolition took place but the action has caused panic among workers and residents of the area.

The FCDA officials were said to have arrived the office of DAAR communications, owners of African Independent Television (AIT) and RayPower FM, around 11am on Tuesday, before pulling down some structures.

An official of DAAR Communications told TheCable that the building meant for security staff of the organisation was demolished and the staff restaurant was also destroyed.

The official, who spoke under anonymity, did not state if the company was alerted prior to the demolition.

The FCDA is yet to issue an official statement on the development.