For the first time ever, a female signature goes on the naira 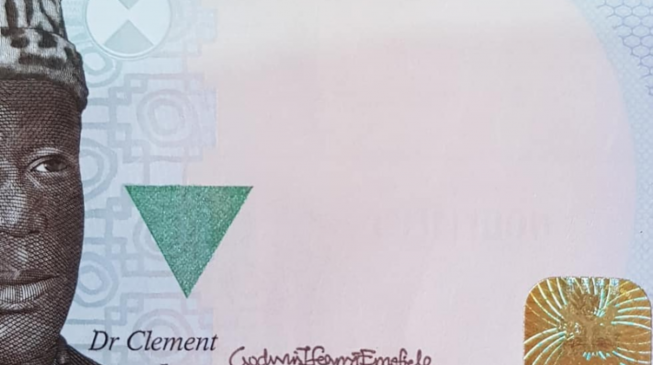 For the very first time in Nigeria’s 59-year history, the signature of a woman, Priscilla Ekwere Eleje, goes on the naira.

TheCable reports that Eleje, who has been acting director of currency and operations at the Central Bank of Nigeria (CBN), has been confirmed substantive director.

She is the first female director of currency in the history of the bank, and her signature has been appended on the naira — breaking another glass ceiling.

Ladi Kwali, Nigeria’s foremost potter, is the only woman on the naira, taking a spot at the back of the N20 note.

Every naira note in the country’s history has the face, name and signature of a man, up until now.

Insiders at CBN told TheCable that the Godwin Emefiele, the governor of the bank, has been working to ensure more women come to the table.
TheCable also learnt that she was confirmed on August 30, 2018, and currencies printed afterwards would carry her signature.

Sarah Alade has been the closest woman to this feat, rising to become the deputy governor of the CBN after as she was appointed the head, fiscal analysis division of the CBN at the turn of the millenium.

Alade, who — though in acting capacity — became the very first female governor of the Central Bank of Nigeria (CBN), retired on March 22, 2017, after leading at the bank in various capacities.

Aishah Ahmed was appointed to replace Alade in 2018.