FULL LIST: Roads to be closed for Buhari’s Wednesday visit to Lagos 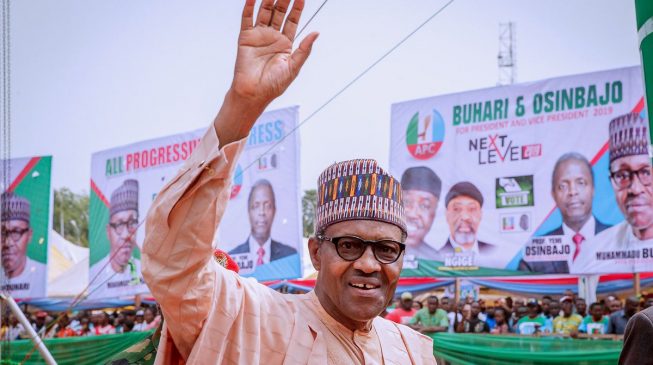 This was announced in a statement issued by the state ministry of information and strategy on Tuesday in Lagos.
It said that during the one-day working visit, a number of state projects would be commissioned by the president.
“The projects to be commissioned include the rehabilitated 10-lane Oshodi/Murtala Muhammed International Airport Road, and the 170-Bed ‘Ayinke House’ (Maternity Hospital) at the Lagos State University Teaching Hospital (LASUTH) in Ikeja,” the statement read.
“Other projects to be commissioned include the Lagos State Theatre at Oregun in Ikeja, new 820 Mass Transit buses and the multi-level Oshodi Transport Interchange on the Apapa-Oshodi Expressway.
“The Presidential visit would hold between 9.00 a. m. and 3.00 p.m. on Wednesday, during which traffic on some routes will be diverted in order to ensure a free flow of traffic.”
According to the statement, the routes to be affected are:
“Roads highlighted above shall only be cordoned-off when necessary, Obafemi Awolowo Way and portions of Mobolaji Bank-Anthony shall be closed to traffic on three occasions within the specified period, as they are central to the President’s itinerary,’’ it said.
Motorists are advised to avoid the above-listed roads while those who find it unavoidable to ply the listed roads were advised to be patient and co-operate with traffic managers.