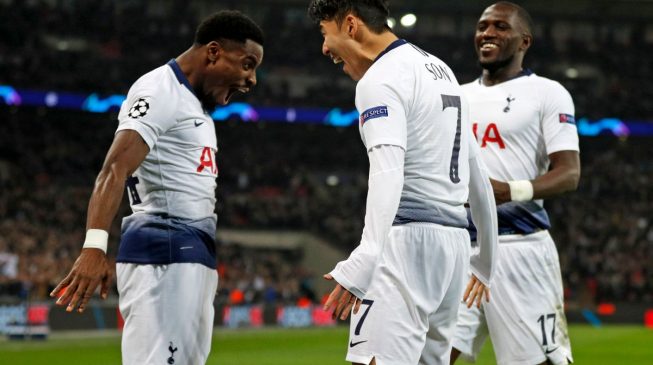 Liverpool made a flying start to the encounter, taking the lead on five minutes through Naby Keita from their first attack. The combative midfielder’s shot from just inside the area was deflected into the net by Oliver Torres to the delight of the Anfield crowd.

Mohamed Salah has not reached the dizzying heights of last season and his wastefulness was again evident twice within minutes. He could only steer a week shot into the hands of Iker Casillas, while a poor backpass set the Egyptian king free but his shot squirmed agonizingly wide off the base of the post.

Roberto Firmino however doubled the lead soon afterwards on 26 minutes, tapping in at the far post from Trent Alexander-Arnold’s cutback.

Porto did not back down, and they fashioned two chances in quick succession through Marega, but Alisson Becker saved on both occasion.

The Portuguese Champions continued to create opportunities but could not punish a laid-back Liverpool going into the break.

Jurgen Klopp’s men started the second like they did the first- on the attack- and had the ball in the net through Saido Mane, but his effort was ruled out for offside.

Salah had more chances but could not increase his team’s first leg lead in a dull second half.

In the second game of the night, played at Tottenham’s new stadium in London, Spurs made it a memorable opening European night with a determined lone goal win over quadruple-chasing Manchester City.

Man City dominated possession from kick off while their host encouraged Guardiola’s men to attack, looking to catch them on the counter, and that approach nearly backfired with assist from the Video Assistant Referee (VAR) system.

Sterling’s shot was charged down by Danny Rose, the Tottenham defender unavoidably blocking the shot with his hand on a downward movement.

Referee, Bjorn Kuipers, pointed to the spot after watching on the pitch-side TV. Sergio Aguero’s spot kick was however saved by Hugo Lloris to maintain parity.

Spurs were jigged to life by this event and Alli’s half volley went just off target from Moussa Sissoko’s cross.

Mauricio Pochettino’s Spurs grew into the game and fashioned out chances through Harry Kane’s shot and Danny Rose’s tame free kick. Aguero shot wide to end a half in which City barely penetrated the Londoners’ backline.

In a second half that was mostly passive, Harry Kane went off injured to much concern from Pochettino, but Heung-Min Son delivered the winning goal.

The South Korean international showed his tenacity to reach Erikson’s through ball on the line, and given much space, his shot went in under the body of Ederson Moraes in goal.

Tottenham held on to claim a 1-0 win which they’d defend in the second leg at Manchester next week in their quest for a semi-final berth.