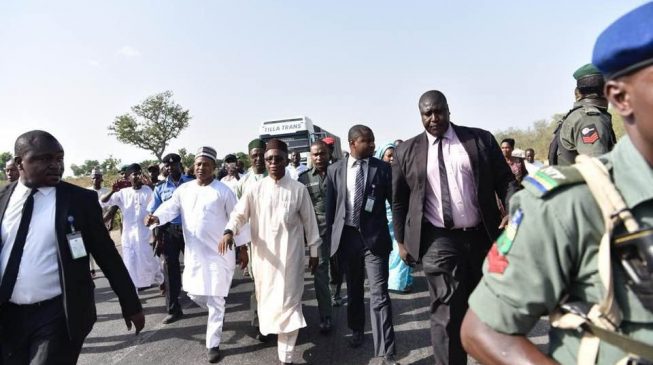 Suspected kidnappers operating on the Kaduna-Abuja road fled when they sighted the convoy of Nasir el-Rufai, governor of Kaduna state, on Wednesday afternoon.

The governor was heading to Abuja at the end of day one of Kaduna Investment Summit when he saw many people stranded at Akilubu village along the expressway.

Immediately, security operatives on the governor’s convoy advanced and cleared the road as the suspects fled into the forest. 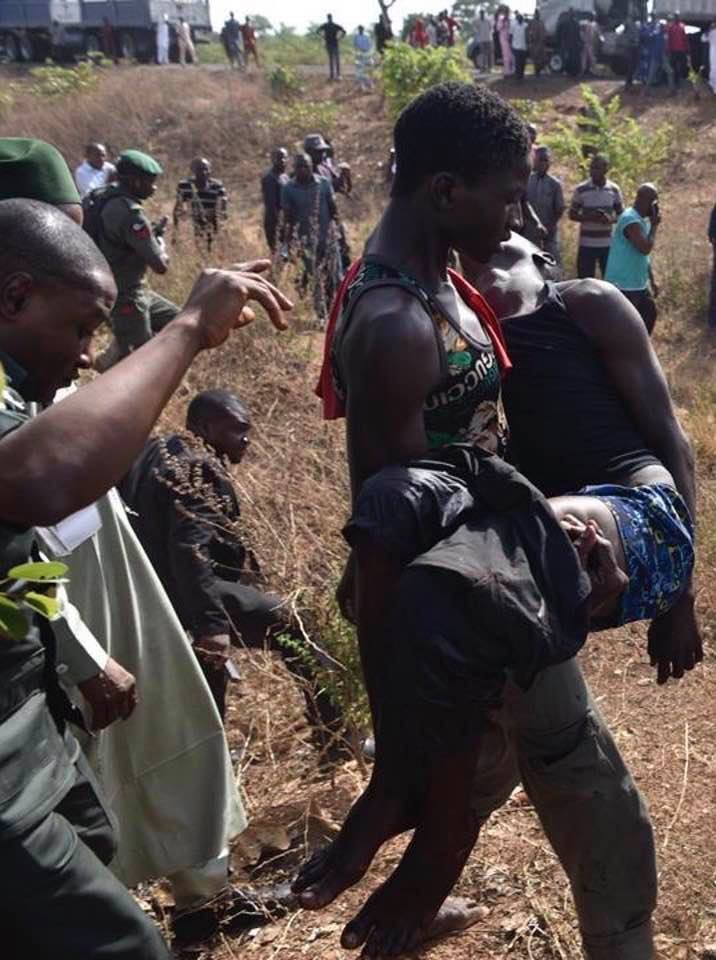 Some of the stranded residents

Samuel Aruwan, the governor’s spokesman said after clearing the road, the governor directed that travelers who had been wounded should be taken to a nearby hospital.

The governor also directed security agencies to intensify patrols and permanently clear the road of the kidnappers.

The incident occurred hours after the police killed three suspected kidnappers at the premises of Mother Cat, a construction company located at Mando area of Kaduna metropolis on Wednesday.

A policeman died in the gun duel.

The suspects had invaded the company with the intention of abducting the expatriate workers there but the policemen on ground engaged them in a fierce battle.

The high rate of insecurity in Kaduna has been a source of concern to the government but all efforts to end the activities of suspected kidnappers and bandits have not yielded the desired result.