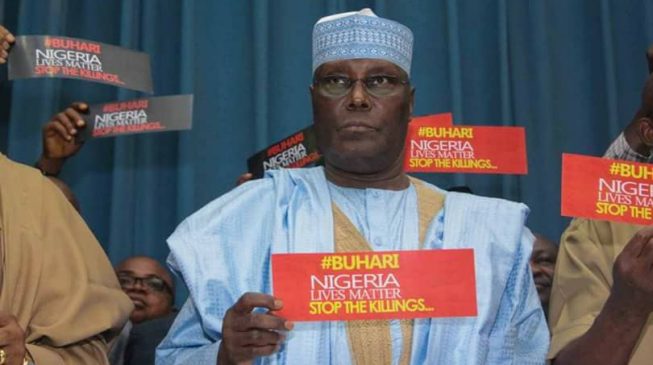 The Independent National Electoral Commission (INEC) says Atiku Abubakar, candidate of the Peoples Democratic Party (PDP) in the 2019 presidential election, fabricated the votes he claimed to have scored.

Atiku, in his petition before the presidential election tribunal, had claimed he defeated President Muhammadu Buhari by 1,615,302 votes.

In its response as the first respondent in the case, INEC disowned Atiku’s figures which the former vice-president attributed to a website, factsdontlie.com.

The electoral body said the results were “invented” solely for the petition.

On page eight of its 80-page reply seen by TheCable, INEC said: “Further to the foregoing, the website described as www.factsdontlieng.com was neither created nor owned by the 1st Respondent (INEC). It is a site not known to the 1st Respondent.

It said: “The 1st Respondent (INEC) did not adopt electronic transmission or collation of results in the conduct of the election, voting by electronic means not having been adopted as a provision of the Electoral Act. The 1st Respondent specifically denies the existence of electronic transmission of results as it is unknown to the Electoral Act, 2010 (as amended) and Regulations and Guidelines for the conduct of the elections, 2019, and put the Petitioners to the strictest of proof thereof.”

INEC will be relying on 83 witnesses in its defence.