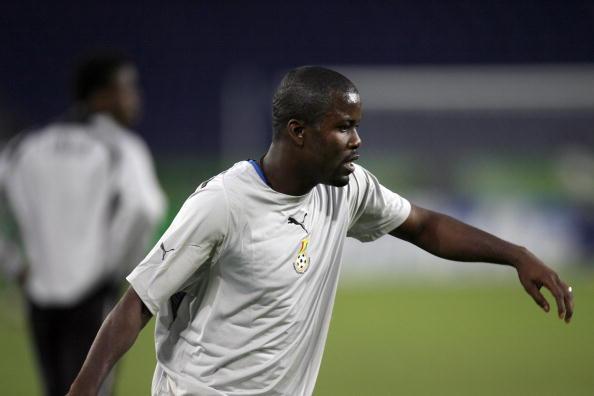 
Okocha, 45, is considered the most skillful playmaker ever out of the continent.

The former Frankfurt and Bolton Wanderers man has faced many tough defenders in his career but Kuffour stands out, according to him.
“I realized at a very young age that I had a gift to do special things with the ball. My biggest opponent was me. I knew I was in charge when with the ball,” he said during a Bundesliga Legends Tour in Lagos.
But on the toughest defenders I faced, I would say that my African brothers were the ones,’ he said.
“We have the same mentality and thought the same way. Osei Kuffour was the toughest of them all. There was a game that he kept following and marking me and I asked him, “O boy, take it easy, look at the way you are breathing down on my neck” and he replied that “sorry I got work to do”. “He brought out the best in me.”
–