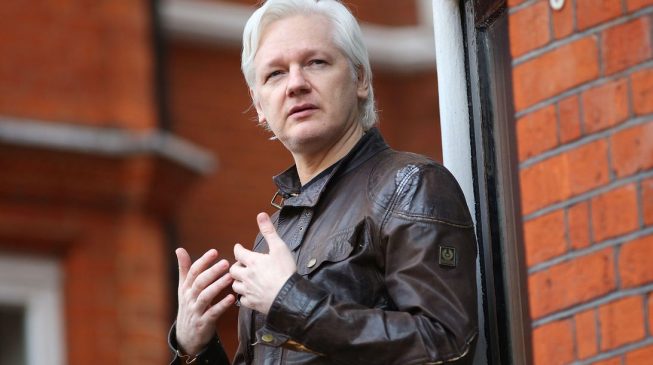 Assange, who was accused of releasing secret documents that embarrassed the United States government, was arrested by the British police on Thursday at the Ecuadorean embassy in London, where he had lived for years.
“Julian Assange, 47, has today, Thursday 11 April, been arrested by officers from the Metropolitan Police Service (MPS) at the Embassy of Ecuador, Hans Crescent, SW1 on a warrant issued by Westminster Magistrates’ Court on 29 June 2012, for failing to surrender to the court,” the Metropolitan police said in a statement.
“He has been taken into custody at a central London police station where he will remain, before being presented before Westminster Magistrates’ Court as soon as is possible.
“The MPS had a duty to execute the warrant, on behalf of Westminster Magistrates’ Court, and was invited into the embassy by the Ambassador, following the Ecuadorian government’s withdrawal of asylum.”
It is believed that the Australian native has been a resident of the embassy after Ecuador withdrew the asylum it had granted him seven years ago.
He took refuge in the embassy in June 2012 to avoid extradition to Sweden, where he faced questions about sexual assault allegations.
But Lenin Moreno, Ecuador’s president, said it withdrew Assange’s asylum after his repeated violations to international conventions.
Assange founded WikiLeaks in 2006 as a medium where people could publish sensitive and often classified materials anonymously.
The website, however, gained huge attention in 2010 after classified documents and videos belonging to the United States on the wars in Afghanistan and in Iraq were made public.
TheCable
Julian Assange - London - Wikileaks