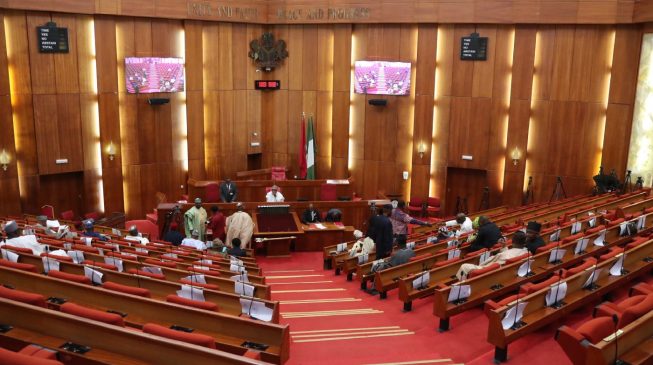 The new budget figure was passed after Danjuma Goje, chairman senate committee on appropriations, presented a report on Tuesday.
The figure is N86 billion higher than the estimated presented by Buhari before a joint session of the national assembly on December 19.
The chairman noted that this is the first time that the senate would not tamper with key assumptions such as $60 per barrel of crude oil and N305/$ benchmark.
“This is the first time that the benchmark will not be increased,” he said.
Thereafter, the senators voted on the clauses of the appropriation bill in the committee of supply.
They also approved a N10 billion intervention fund for Zamfara following the activities of bandits and kidnappers that have ravaged the state.
Here are key components of the budget as passed by the senators.