Ngige: I’ve been a doctor since 1979… the truth hurts but it must be told 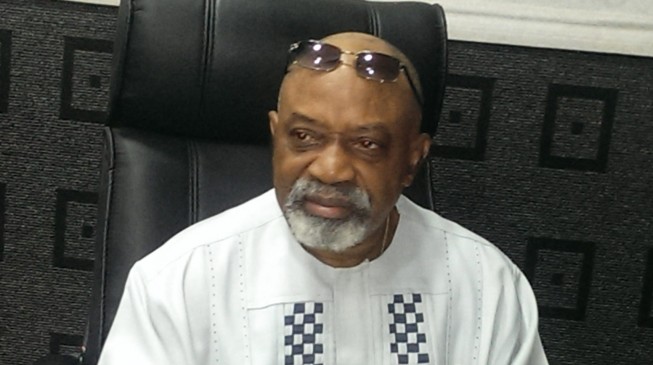 Chris Ngige, minister of labour, says being a medical doctor since 1979 puts him in a position to know the situation of things in the health sector, TheCable reports.
In a statement issued by Nwachukwu Obidiwe, his spokesman, Ngige said the truth hurts but it must be told.
He also denied making the statement on medical doctors which sparked off reactions on Wednesday.
When he appeared on a Channels TV programme on Wednesday, the minister said he was “not worried” that doctors were leaving the country in droves because the country has more than enough.
“No, I am not worried (about doctors leaving the country). We have surplus. If you have surplus, you export,” he had said in the programme monitored by TheCable.
“There are surplus in their country and we also have surplus in the medical profession in our country. I can tell you this. In my area, we have excess. Who said we don’t have enough doctors? We have more than enough. You can quote me. There is nothing wrong in them travelling out.”
But in the statement issued on Thursday, he denied dismissing the brain drain in the medical profession, adding that there is “a little cause to worry” about the issue.
He also said he was misquoted, adding that he never said doctors could seek green pasture abroad but that they were free to go for training abroad and return to practise.
“I speak from the vintage position of being a medical doctor and member, Nigerian Medical Association since June, 1979 and enriched by my vast knowledge on health administration … therefore, the truth no matter how it hurts, must be told and reality, boldly faced,” he said.
“I invite opinion moulders especially those who have spoken or written on this issue to watch the full clip of my interview with Channels (TV). And it is for this reason that I admitted having a little cause to worry about brain drain among medical doctors.
“What the Minister meant therefore is that these professionals have the right to seek for training abroad to sharpen their skills, become specialists and later turn this problem to a national advantage when they repatriate their legitimate earnings and later return to the country.
“Even where some of these doctors are bonded to their oversea training institutions, examples abound on the large number of them who have successfully returned to settle and establish specialist centres across the country. It is therefore a question of turning your handicap to an advantage.
“The fact is that while the federal government has recorded a remarkably steady improvement in our healthcare system, Nigeria is yet to get there.”