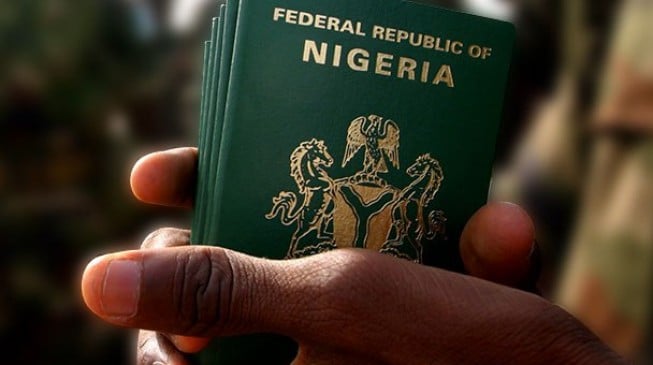 The Nigeria Immigration Service (NIS) has begun registration for the issuance of the new 10-year electronic passports to Nigerians.

In a report seen on TheCable, Sunday James, NIS public relations officer, disclosed this on Monday, when he took journalists around the data capture centre in the federal capital territory (FCT).
The new passport is expected to integrate details of enrollees as captured by the National Identity Management Commission (NIMC).
James said about 720 applicants will be captured in a day.
In a statement, Muhammad Babandede, NIS comptroller-general, said that the new passport will only be issued by the service headquarters in Abuja.
He added that the service will continue to issue the old booklets in all passport offices at the state commands.
It will be recalled that the new e-passport was officially launched by President Muhammadu Buhari on January 16.
The public relations officer had previously said that the cost of 32-page five-year standard passport stood at N25,000, 64-page five-year standard passport at N 35,000, while 64-paged 10-year standard passport stood at N70,000.
Listing the advantages of the new passport, James said people can track their applications and there would be express centres for urgent application.
Other advantages he said included weather friendliness, compliance with the latest ICAO standard, polycarbonate technology that reduced incidences of damage.
“We urge Nigerians to take advantage of the reforms, avoid patronising third party or touts and utilise the online platforms provided by the service for their passport application,” he said.