Okonjo-Iweala: Like Dangote, AU passport didn’t give me visa-free entry into all African countries 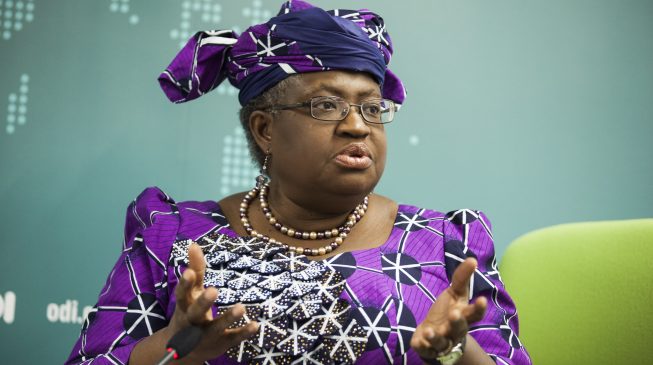 Ngozi Okonjo-Iweala, former minister of finance, has backed Aliko Dangote, Africa’s richest man, on the need to rectify issues with the African Union passport.
Okonjo-Iweala, showing appreciation to some African countries, explained that the unifying passport did not guarantee her visa-free entry into all African countries.
Speaking in Abidjan over the weekend, Dangote said he, and a few other people, have got the African Union passport, but he still was asked to get a visa before he could enter Angola.
TheCable understands that the African Union passport is supposed to be the unifying passport aimed at solving Africa’s cross-border issues on the continent.
The passport is a common document that is set to replace existing nationally-issued African Union member state passports and exempt bearers from having to obtain any visas for all 55 states in Africa.

Sharing his experience with Sudanese billionaire Mo Ibrahim, Dangote said he had to get a visa to enter Angola.
“Now they have issued us the African Union passport, a few of us. I didn’t pay for it. I’ve got one, and let me tell you this, [with] the one that I have, I went to South Africa quite Ok,” TheCable quoted Dangote to have said.
“But [with] this same African Union passport, I was invited by the president of Angola to come and see him, and I had to go — normally, I don’t travel much during fasting period, but I went.
“When I went there, I had to be given visa on African Union passport.”

Sharing her experience via a Facebook post, Okonjo-Iweala said Dangote made an important point that must be addressed.
“Aliko Dangote made an important point about all African countries honoring the new AU passports. I strongly support this,” Okonjo-Iweala said.
“As one of the privileged holders using this for AU work, I would like to commend the authorities in #Ethiopia, #Ghana, #Cotedivoire, #Zimbabwe, #Tanzania, #Rwanda for immediate acceptance without visa.
“Mauritania issued a visa on the spot making passage very fast. Moroccan officials were initially not familiar with the passport.
“Thank you to the Moroccan authorities for fast action to rectify this! African governments must make this initiative work to prove we have collective will to move investments, goods, services and people across borders.”