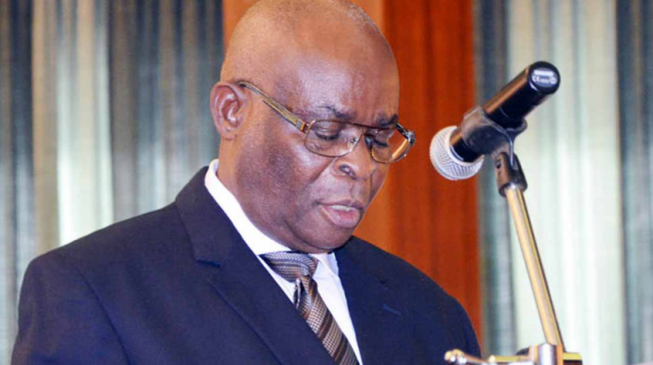 Danladi Umar, CCT chairman, had found Onnoghen guilty of the six counts preferred against him by the federal government.
Umar, therefore, ordered that Onnoghen be removed from office of CJN and banned from holding public office for 10 years.
He also ordered the forfeiture of the money in the five accounts which the defendant failed to declare as part of his assets
In an outline by TheCable, Onnoghen has filed a notice of appeal at the appellate court in Abuja to challenge the ruling of the tribunal.
The federal government was listed as the only respondent.
In the appeal filed by Adeboyega Awomolo, Chris Uche, Okon Efut, Ogwu Onoja and George Ibrahim, his counsels, the embattled judge said tribunal erred when it dismissed his application.
“The appellant was at the time the charges were filed on the 11th of January, 2019 before the lower tribunal a judicial officer and was not subject to the jurisdiction of the lower tribunal,” Onnoghen said in ground one.
In ground two, he asked the CCT chairman to recuse himself from further proceedings.
“Once an allegation of real likelihood of the bias is raised the court or tribunal will have nothing more to say except to wash its hands from further proceedings in the matter.”
In ground sixteen, Onnoghen said the tribunal erred when it placed on the defendant the burden of proving his innocence which according to him is a violation of section 36 (5) of the constitution.
“The onus was on the prosecution to prove that that the defendant did not declare and submit his assets declaration form to the Code of Conduct Bureau for over 11 years as charged,” he said.
Onnoghen thereby sought for the following reliefs: