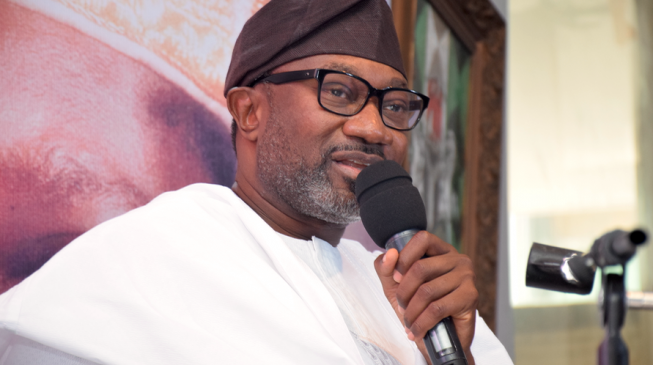 The Public Policy Research and Analysis Centre (PPRAC) has announced recipients for the 2018 Zik prize in leadership awards,TheCable reports.

Making the announcement on Wednesday, Pat Utomi, a member of PPRAC advisory board, said the board had an exhaustive appraisal of nominees before settling for the winners.
John Oyegun, former chairman of the All progressives Congress (APC) and Femi Otedola, billionaire businessman are among the awardees.
Oyegun was listed in the political leadership category alongside ex-President John Dramani Mahama of Ghana.
The organisers said Oyegun is being awarded for his “pro-democracy activism, conduct and actions that marked him out as an outstanding political leader”.
Otedola, in the business leadership category is being  recognised to have “successfully nurtured his businesses to global acclaim.” Arthur Eze, founder of Atlas Oranto Petroleum, was also listed in this category.
Udom Emmanuel, governor of Akwa Ibom state and Abubakar Sani Bello, his counterpart in Niger state, are in the good governance category. While Emmanuel’s “governance ethic has ensured a consistent delivery of the dividend of democracy to the people of the state,” Bello has shown “uncommon commitment to the socio-economic upliftment of the people of the state.”
Ibe Kachikwu, minister of state for petroleum and Shingle Wigwe, a former director-general of the Nigerian Television Authority (NTA), are in the public service category.
In the professional leadership category, the awardees are Oye Ibidapo Obe, a former vice-chancellor of the University of Lagos and Philips Oduoza who retired as the general managing director of UBA.
Bisi Fayemi, wife of the governor of Ekiti state, takes the Zik prize in humanitarian leadership.
The Zik leadership awards was instituted in 1995 in honour of the late Nnamdi Azikwe.