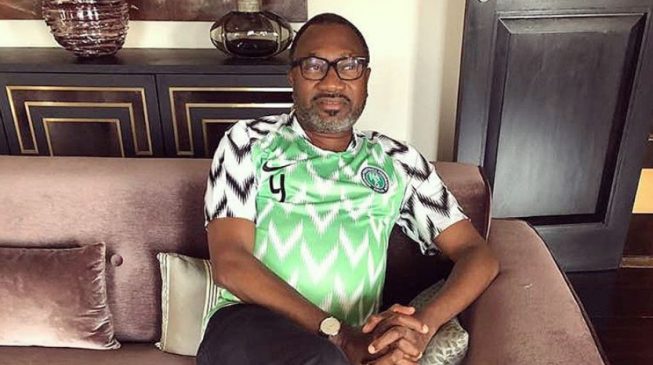 Femi Otedola, the billionaire businessman, has offered to foot the medical bills of Christian Chukwu, former Super Eagles’ coach, TheCable can report.
TheCable reported on Monday that Chukwu, one of Nigeria’s most influential footballers in history who captained the national team to their first Africa Cup of Nations title in 1980, is suffering from prostate cancer which has affected his leg.
Although the surgery on his leg has been done, he reportedly needs an additional $50,000 for the prostate operation.
Norbert Okonkwo, media officer of Enugu Rangers, told TheCable that the Enugu state government donated N1.5 million for the leg surgery.
In the first two days, a GoFundMe appeal raised $4,305 of the $50,000 needed for further treatment.
Speaking to TheCable on phone, Otedola said he would foot the entire cost of the operation as a “token of support to a great Nigerian who served his country to the best of his ability”.
Otedola previously settled the medical bills of the veteran actor, Victor Olaotan, who was at risk of double amputation following a ghastly car accident in 2016. 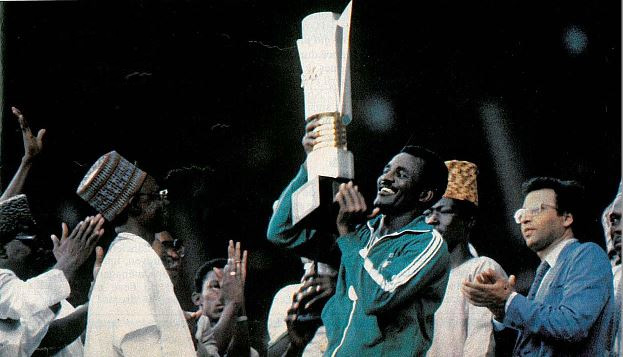 Chukwu lifting the Africa Cup of Nations in 1980 with a smiling President Shehu Shagari watching
A patron of Chukwu’s former club, Enugu Rangers FC, Benson Ezeomeogo Ejindu, broke the news of the ailment at the weekend.
Chukwu also captained the Enugu Rangers FC team that won the Africa Cup Winners’ Cup in 1977.
He was nicknamed ‘Chairman’ for his authority on the field as a central defender.
Chukwu also served as assistant coach of the first team to win a FIFA World Cup trophy for Nigeria – the Golden Eaglets that triumphed at the FIFA U16 World Cup in China in 1985.
He was also assistant coach of the team tagged the Golden Generation – the 1994 Class of Super Eagles that qualified Nigeria for her first FIFA World Cup finals.
As assistant coach, he helped Nigeria win the Africa Cup of Nations title and reached the round of 16 at the FIFA World Cup in America .
Between 2002 and 2005, Chukwu was head coach of the Super Eagles, leading the team to bronze medal at the 2004 Africa Cup of Nations in Tunisia.