Over 30 APC senators are ‘backing Ndume’ for senate presidency 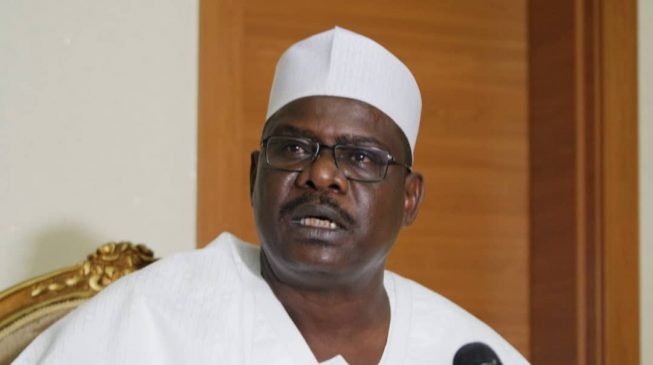 At least 36 senators of the All Progressives Congress (APC) are backing Ali Ndume, senator representing Borno south, for the position of senate president, a senator-elect who did not want to be named, has said.

The senator-elect, who is from the north, disclosed this on Tuesday while speaking with select journalists on the sidelines of the induction exercise for members of the incoming national assembly at Transcorp Hilton hotel in Abuja.

Although, the APC has already thrown its weight behind Ahmad Lawan, senate leader, for the position, Ndume is insisting on running.

After a meeting with Vice-President Yemi Osinbajo on Monday, Ndume told reporters that he would still contest for the number one position in the senate.

The senator-elect said some of them are angry because “juicy” committees have been shared among those supporting Lawan.

“There are about 36 senators-elect who are rooting for Ndume and that is because we are angry about how they are going about this senate presidency thing,” he said.

“How will Lawan suggest that APC senators have donated their senators-elect for him to realise his senate presidency bid. They have gone ahead to share committees already excluding us.

“Things are not done that way.”

He said those supporting Ndume are angry over the “bullying” by Adams Oshiomhole, APC national chairman.

Recently, Eyinnaya Abaribe, senator representing Abia south, said Oshiomhole was not in a position to dictate to them on who to elect into the office of number three citizen.