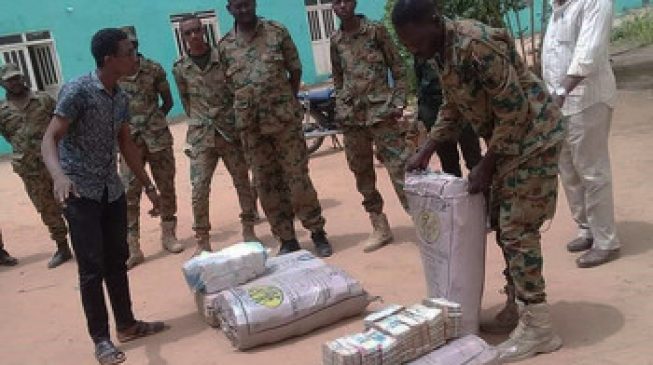 Millions of dollars have reportedly been found at the residence of former President Omar al-Bashir of Sudan, TheCable reports.
Al-Bashir was toppled in a military coup which took place on April 11. He was initially placed under house arrest before being transferred to Kobar prison, where he detained some of his critics while in power.
In a statement, Mutasim Mahmoud, senior public prosecutor in Sudan, announced the seizure of $351 million, €6,7 million, and SDG 5 billion ($105 million) at the residence of Al-Bashir.
Mahmoud confirmed that the cash is secure within the vaults of the Bank of Sudan, and that charges will be filed against the former president under the foreign exchange and money laundering law.
Part of the cash was packed in sacks designed for 50kg of maize meal, according to Dabanga, Netherlands-based media outlet. 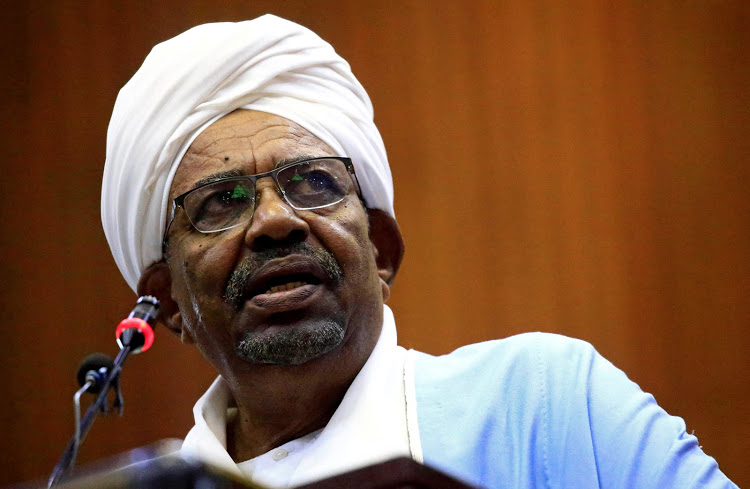 
Reuters quoted a source in Sudan’s judiciary as saying suitcases loaded with more than $351,000, €6m ($6.7m; £5.2m) and five billion Sudanese pounds ($105m) were found at Bashir’s home.
The agency said the source also confirmed that Bashir was under investigation and that prosecutors would “question the former president in Kobar prison”.
Al Jazeera said as president, al-Bashir often played up his humble beginnings as the child of a poor farming family in Hosh Bannaga, a small village consisting mainly of mud houses on the eastern bank of the Nile some 150km north of Khartoum.
Bashir is wanted by the International Criminal Court (ICC) for alleged war crimes in the country’s Darfur region but the military which is in charge of the country has vowed not to extradite him.
The Sudanese Professionals Association (SPA), which organised the protests that forced al-Bashir out of power, has expressed dissatisfaction with the military taking control of the country but the military council has resisted calls to hand over power to a civilian body.
The association has vowed to stay on the streets until there is a move to civilian rule.