Pat Utomi: Politicians who spend more than 12 years in public offices are parasites 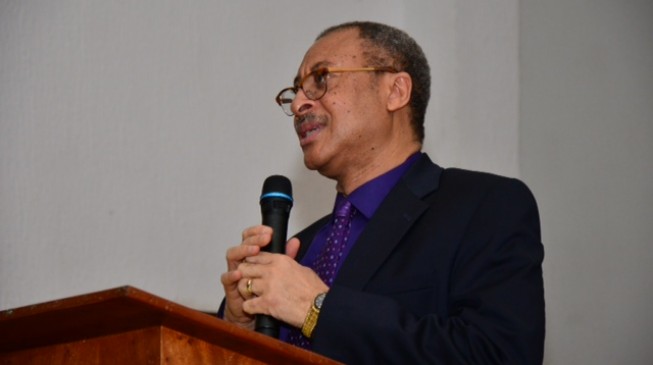 Pat Utomi, a professor of political economy and former presidential candidate, has described politicians who spend more than 12 years in public offices as social parasites.

TheCable outlines that Utomi made this comment on Saturday in an interview aired on ARISE TV.
“I despise people who live on politics. I think that people who make a career in life based on politics are doing society a disservice,” he said.
“I have said that nobody should hold public office for more than 12 consecutive years. You go from a commissioner to the governor, senator; you are a social parasite.
“You should come out of your hard work, make a difference for four to eight years and go back to what you do. If it’s not like that for you, you are a parasite to society. The characters making it difficult to make progress are social parasites who call themselves politicians.”
Utomi, who contested for the Delta state governorship ticket under the platform of the All Progressives Congress (APC), said Nigeria needs a national redemption mission.
“You should create a cabinet of rivals, Yakubu Gowon did it. He built a cabinet of people who were more capable than himself.. Awolowo, Enahoro, Shagari and co.
“We don’t need warlords trying to take advantage; our country is dying. We need people who have love in their hearts for the people of this country. Instead, we get these warlords who are trying to exclude.”
Utomi said serious-minded people who care about the country will not give up even when warlords keep trying shut them out.
All Progressive Congress (APC) - Pat Utomi