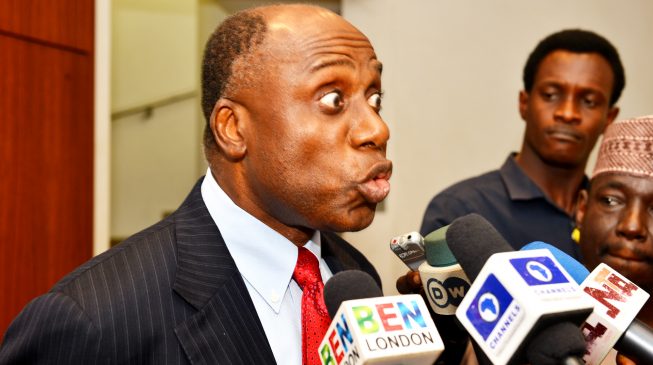 The Peoples Democratic Party (PDP) has accused Rotimi Amaechi, minister of transportation, of plotting to cause constitutional crisis in Rivers state.

The party is alleging that the minister, a chieftain of the All Progressives Congress (APC), is seeking the supreme court to overturn its earlier judgement disqualifying the party from participating in the general election and ordering a fresh poll.

The Independent National Electoral Commission (INEC) had delisted the APC from the parties participating in the polls after the apex court ruled that it did not conduct credible primary elections.

But addressing journalists in Abuja on Sunday, Kola Ologbondiyan, PDP spokesman, alleged that Amaechi as well as Abubakar Malami, attorney general of the federation, of plotting to pave way for a fresh election in the state.

According to Ologbondiyan, “the PDP has information of how Rotimi Amaechi has been going around in Rivers State, giving assurances that he has the ears of the supreme court under the leadership of Acting CJN, Justice Tanko Mohammed, and that the supreme court will reverse its final judgment on APC primaries and create the way for fresh elections in Rivers state, in which the APC will be allowed to participate.

“Rotimi Amaechi goes about boasting that the apex court in the land, the supreme court, will reverse itself and declare for fresh conduct of all the elections in Rivers State. This is completely reprehensible and unthinkable in our democratic process.”

The PDP said overturning the earlier judgement will amount to the “highest travesty of justice, apart from being a direct abuse of court process.”

“The supreme court is the highest temple of justice in our country and as such must protect itself from all forms of manipulative tendencies of the APC,” the party added.