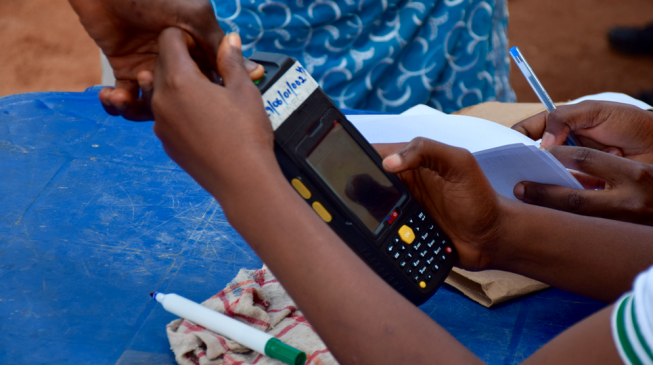 Some presiding officers in Borno and Yobe states say they transmitted results of the February 23 presidential election to the server of the Independent National Electoral Commission (INEC).

TheCable relays that the All Progressives Congress (APC) had tackled Atiku, presidential candidate of the Peoples Democratic Party (PDP), over his claim that results from INEC server showed that he won the election.
INEC also dismissed Atiku’s claim, saying the results he paraded were fabricated.
But the PDP presidential candidate had said he was willing to engage experts from Microsoft, IBM and Oracle to verify his claim.
Atiku and the PDP had said INEC pulled down the results from its server and replaced it with a doctored one to favour President Muhammadu Buhari.
According to INEC, figures from the 36 states and federal capital territory (FCT) gave Buhari 15,191,847 votes, while Atiku came second with 11,262,978 votes.
However, in his 139-page petition challenging the results at the election tribunal, Atiku said the results from INEC server showed he polled 18,356,732 votes to defeat Buhari who had 16,741,430 votes.
In their witness statement of oath, the presiding officers, about 13 of them, said INEC had during their training, instructed them on how to electronically transmit the results to its server.
“I took part in the conduct of the Presidential and National Assembly (Senate and House of Representatives) elections of 23rd February, 2019 where I served as the Presiding Officer (PO) and I ensured the use of the Smart Card Reader for accreditation, verification, authentication, collation and transmission of votes in my polling unit,” one of the presiding officers said.
“At the end of voting, the information on the Smart Card Reader with the results inclusive, were collated by me in the presence of the party agents and other ad-hoc staff of the 1st Respondent after which my Assistant Presiding Officer (AP0-1) transmitted the result electronically in my presence to the 1st Respondent’s server, using the Smart Card Reader (SCR) and the code provided by the 1st Respondent.”
Another presiding officer said: “I was employed as an ad hoc staff and trained for three days by the 1st Respondent at the Government College, Maiduguri, Bomo State to serve as a Presiding Officer (PO) at Waliri Polling Unit with Code 003, of Shehun Barna Ward, Bomo State on the 23rd February, 2019 Presidential and National Assembly (Senate and House of Representatives) elections. ”