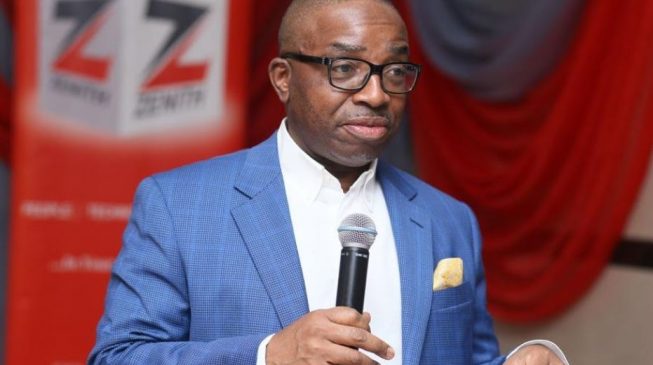 Tales of humble beginnings are not hard to come by in Nigeria and the story of Ebenezer Onyeagwu definitely fits the description.

Onyeagwu was announced on Monday as the new chief executive officer of Zenith Bank Plc, a position once occupied by Godwin Emefiele, governor of the Central Bank of Nigeria.

Until now, he was the deputy managing director of the bank.

From Auchi Poly to Harvard

He qualified as a chartered accountant in 1989 while still undergoing the compulsory National Youth Service Corp (NYSC).

Onyeagwu began his banking career at the defunct Financial Merchant Bank in 1991 and moved to Citizens International Bank Limited until 2002 when he joined Zenith Bank as a senior manager in the internal control and audit unit.

In his 17 years at the bank, Onyeagwu has occupied several positions including executive director of the bank in 2013 and put in charge of Lagos and south-south zones and sits on the board of Zenith Bank Ghana, Zenith Pensions Custodian Limited, Zenith Nominees Limited and African Finance Corporation (AFC).

Third director with the largest shares

This move made him the third on the list of directors with the most shares in the bank.