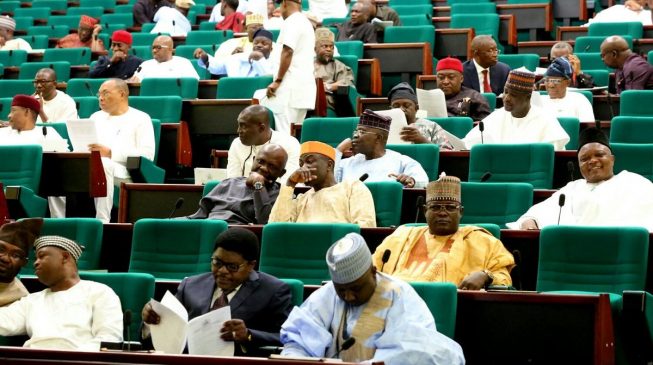 At its sitting on Thursday, the lower legislative chamber accused the president of failing in his responsibility of securing lives and properties.
This followed the adoption of a motion by Mark Gbillah from Benue state, on “the resurgence of killings across the country by alleged bandits and herdsmen.”
Some states including Zamfara and Kaduna have been under series of attacks by suspected bandits, leading to the loss of many lives.
Only recently, Abdulaziz Yari, governor of Zamfara state, said 3,000 people have been killed in the state as a result of banditry in the past five years.
The lawmakers said it is disappointing that the response of the armed forces to killings under the present administration has been reactive.
They said the failure to put in place necessary measures has emboldened bandits to attack various communities unabated.
They said the president should, in the address, tell Nigerians the measures he intends to employ as the commander-in-chief of the armed forces to address the killings.
The lawmakers also asked him to provide “evidence of the complicity of traditional rulers, political detractors and recently foreign miners in the perpetration of incessant killings of Nigerians across the country as is constantly being postulated by this administration.”
They said failure to address the nation will suggest the federal government is incapable of proferring a lasting solution to the killings.
The green chamber subsequently set up an ad hoc committee to determine the complicity of any group in the killings and advise on the way forward.