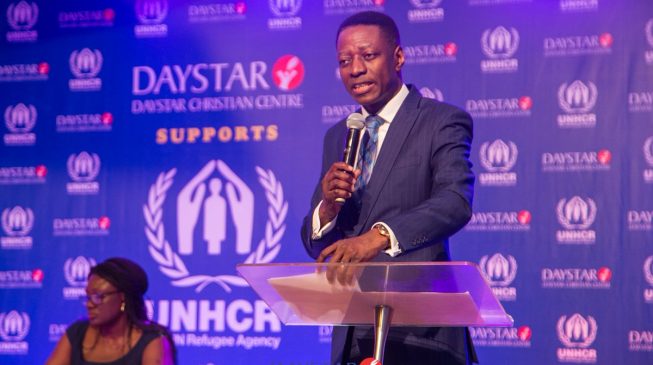 The gift was announced by UNHCR in Nigeria, stating that the donation was meant to support people who were forced to flee their homes as a result of violence or persecution on the continent.

“Today, we received a N10 million-naira donation from the Daystar Christian Centre, a benevolent faith organisation based in Nigeria,” UNHCR tweeted.

“This donation will support people forced to flee their homes because of conflict, violence or persecution in Africa.” 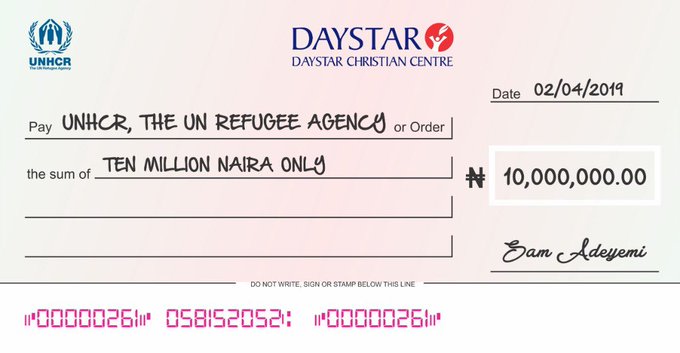 Today, we received a N10 million-naira donation from the Daystar Christian Centre, a benevolent faith organisation based in Nigeria. This donation will support people forced to flee their homes because of conflict, violence or persecution in Africa. #WithRefugees

656 people are talking about this

Speaking about the donation, Sam Adeyemi, lead pastor at Daystar, said: “when people flee their homes, their needs become critical, and their coping mechanisms compromised”.

He added that the Church’s “donation is a commitment towards restoring the resilience of families forced to flee across the continent”.

The Church entered a partnership with UNHCR “to support UNHCR’s work on the ground to provide emergency relief and support to our forcibly displaced brothers and sisters”.

“Displacement is a form of social change caused by different factors, the most common being armed conflict. Natural disasters, famine, under-development and economic changes,” the Church tweeted on Tuesday. 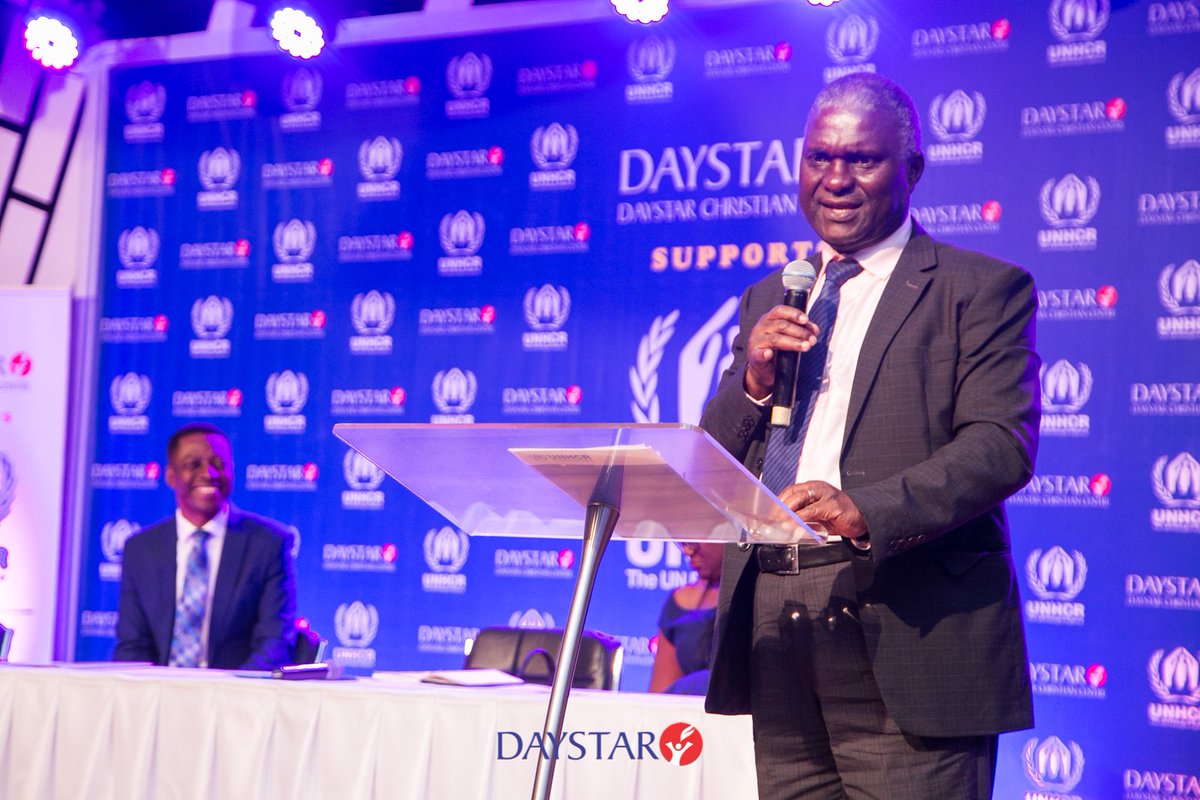 “In line with her mission of empowering people to release and maximize their potentials, Daystar Christian Centre is partnering with the UN Refugee Agency, a global organization dedicated to saving lives, protecting rights and building a better future for refugees”.

Speaking at the consummation of the partnership, Antonio Canhandula, UNHCR Representative to Nigeria and ECOWAS, appreciated the Church and its pastor for their support and partnership.

In 2014, during the Ebola crisis, Sam Adeyemi, the senior pastor, of the church led members of the Church in raising $1millionto stamp out Ebola Virus Disease (EVD) in Liberia, Sierra Leone, and Guinea.

“As many people who want to join me in helping these nations, just write ‘Liberia’ at the back of your envelope, and put what you have,” Sam Adeyemi said at the time.

“We would be giving a million dollars. We would take these donations just for the month of October only.”