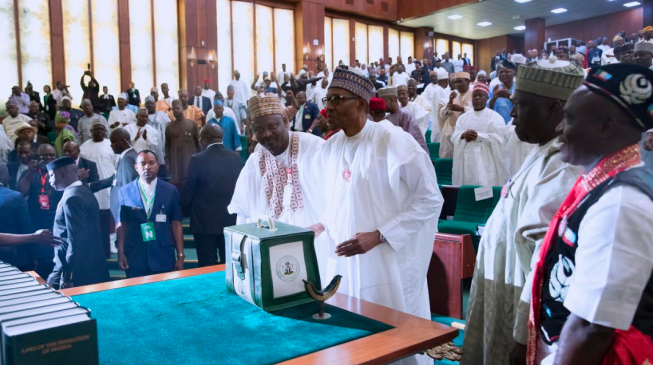 The Senate says it will pass the 2019 appropriation bill on April 16.

Senate President Bukola Saraki, who made the announcement at plenary on Tuesday, mandated the appropriation committee to submit its report between April 9 and 11.

He also urged various appropriation sub-committees to submit their budget reports by Friday.

The senate just resumed after it had adjourned for two weeks to enable government ministries, agencies and parastatals defend their budget before the various committees.

Sonni Ogbuoji, deputy chairman, senate committee on appropriations, said some of the sub-committees are delaying the budget process.

“Our report is not ready because some Committees are yet to submit their reports. For now we have less than 10 Committees that have submitted,” he said.

“Any committee that refuses to submit its report by Friday, we will empower the committee to go with the executive’s submission.”

Saraki said the upper legislative chamber will suspend plenary for a week to enable the committees tidy up their reports.

The suspension of plenary, he said, was also in relation to the death of Muhammed Dantani, a former member of the house of representatives who died last week.

“All committees should submit their budgets by Friday,” he said, before the lawmwkers adjourned till April 9.

The N8.82 trillion budget has a recurrent expenditure of N4 trillion while N2 trillion goes for capital expenditure with N2.2 trillion and N492 billion for debt servicing and statutory transfers respectively.