Saraki: Why Magu was never confirmed as EFCC chairman 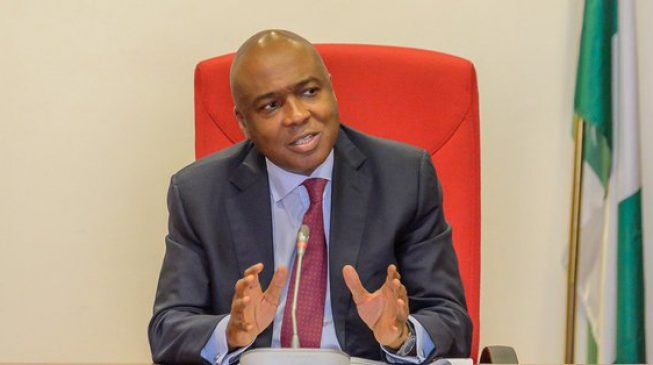 Senate President Bukola Saraki has explained why the senate did not confirm Ibrahim Magu as chairman of the Economic and Financial Crimes Commission (EFCC).

Saraki gave the explanation on Monday at the orientation programme organised for senators-elect and house of representatives members-elect ahead of the inauguration of ninth national assembly in Abuja.

The country’s number three citizen said having rejected Magu’s nomination on more than one occasion, President Muhammadu Buhari should have nominated another person for the position.

The senate had repeatedly rejected Magu’s nomination after he was said to have been indicted for infractions by a report of the Department of State Services (DSS).

But Saraki said there is always “the need for political solution and dialogue” to solve such issue as Magu’s confirmation.

Saraki also said that the senators in the incoming ninth assembly should decide who is best to lead them as senate president, as it is important to ensure stability in the upper legislative chamber.

There has been much news about who takes over from Saraki as senate president after he failed to secure re-election in the chamber.

The All Progressives Congress (APC) is, however, expected to produce Saraki’s replacement having emerged with majority lawmakers.

Bola Tinubu, a national leader of the APC, had on Friday told party members in the national assembly to pick Ahmad Lawan and Femi Gbajabiamila as their preferred candidates for senate president and speaker respectively or leave.

But Saraki urged incoming members of the national assembly to be present in the legislative complex and elect their next leaders themselves.

“The point I am making is that we should not make too much news on the process of electing a presiding officers,” he said.

“What is important is for the members of the Senate to decide who is the best to lead them so that they can have stability.”