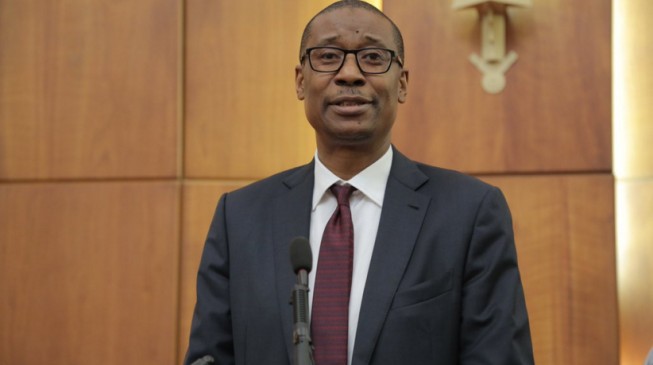 The senate committee on trade and investment has rejected the ministry’s 2019 budget of N15.63 billion.

The committee, on Monday, said it would not consider the budget till the minister could explain a company listed for appropriation.

Sabo Mohammed, chairman of the committee, said the Special Economic Zone Company which was included in the budget was not part of the 17 agencies under the ministry.

During the budget defense session, the committee referred Okechukwu Enelamah, minister of trade and investment, to item two on page seven of the budget booklet presented by the ministry.

According to Mohammed, a document obtained from the Corporate Affairs Commission (CAC) containing information on how the company was registered, showed that it is a private company.

“Liability of the members are limited by share, which gives federal government 25 per cent and 75 per cent to private individuals,” he said.

He directed the minister to forward detailed written explanation on how the company got into the appropriation list, its management staff list and its staff strength as well as statement of account before consideration of 2019 budget proposal.

In response, Enelamah said the company was established through a presidential initiative and its approval was given at a cabinet meeting held in May 2018 .

“One of the areas that this government has focused on is infrastructure. The second area is industrialisation and the two have something in common,” he explained.

“If the government tries to do it alone, it would be extremely tasking.

“So the president directed that we should bring other partners that can combine with whatever monies we have to build world class infrastructure which led to the establishment of the company in partnership with other investors.”