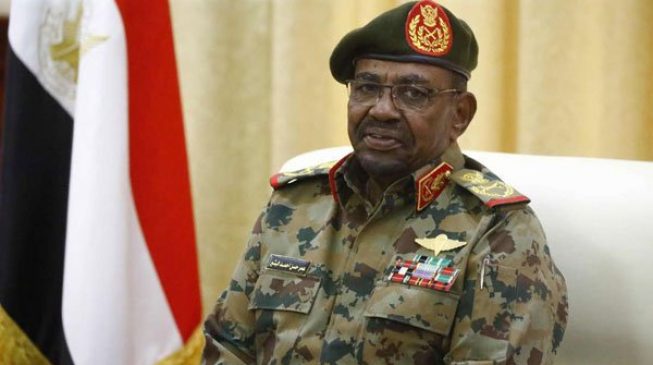 “I announce as minister of defence the toppling of the regime and detaining its chief in a secure place,” said Ahmed Awad Ibn Auf, Sudanese defence minister and army general, on state television on Thursday.
Ibn Auf, according to Reuters, said the 75-year-old veteran leader had been detained in a “safe place” and a military council would now run the country.
“A military council will take control of the country for two years, after which elections would be held,” he added.
The army general disclosed that the African nation had been suffering from “poor management, corruption, and an absence of justice”.
The defence minister thereafter announced a state of emergency, a nationwide ceasefire and the suspension of the constitution.
The president was overthrown in a coup by the armed forces following a series of protests in Khartoum, capital of the country. The protesters had demanded his resignation.
There were also reports that some senior figures close to President al-Bashir in the ruling National Congress party had been detained.
TheCable
Ahmed Awad Ibn Auf - Omar Al-Bashir - Sudan