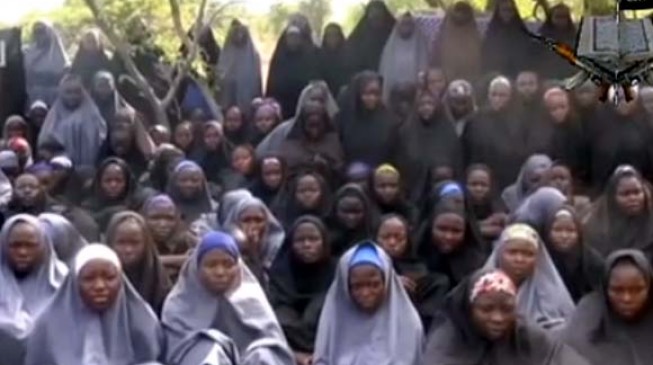 Around 9pm on April 14, 2014, members of the Boko Haram insurgent group stormed Chibok community in Borno state and headed for the Government Girls Secondary School which is about 130 km west of Maiduguri, the state capital.

Upon arrival, they opened fire on security operatives on duty and proceeded to the students’ hostel where they forced as many of the girls as possible into waiting trucks, buses and vans, speeding off into the bush afterwards.

A total of 276 of the schoolgirls ended up in their custody during the operation; abducted along with their dreams, aspirations and talents — for what? For simply daring to go to school in a state that have been battling with insurgency for years.

Five years down the line, 112 of the girls are still held captive by the insurgents. Fifty-seven were lucky to escape and find their way home while 107 were released in batches in Swiss-coached negotiations.

Sunday makes it exactly five years since the horrifying incident; how has Nigeria fared all those years?

April 29, 2014: BBC reported that some of the abducted girls have been taken across the border to Cameroon and Chad.

April 30, 2014: The Bring Back Our Girls (BBOG) movement began their protests and regular sit-out in Abuja, demanding the release of the schoolgirls.

May 3, 2014: Former President Goodluck Jonathan set up a committee on the rescue of the girls.

May 4, 2014: Patience, wife of then president, wept profusely, alleging that the Borno state government was trying to frustrate efforts to rescue the kidnapped students.

May 5, 2014: Two of the girls were reported to have died of snakebite. On that day, a protest was also held i n London by persons seeking the students’ release.

May 6, 2014: Nigeria accepted the US’ offer to deploy troops to help rescue the abducted girls. China offered a similar helpshortly after.

May 7, 2014: The Nigeria police forceoffered N50 million cash reward for any information that will lead to the release of the abducted girls.

May 9, 2014: A team of experts from the UKarrived in Nigeria to assist in rescuing the schoolgirls. Forty global figures also joined the campaign for the girls’ release.

May 12, 2014: Boko Haram released a video of the girls for the first time. Abubakar Shekau, leader of the sect, also asked the Nigerian government to free its detained members in exchange for the students.

May 21, 2014: Teachers across the countryboycotted schools over the girls’ abduction.

May 29, 2014: A presidential aide insisted the government is aware of the location of the girls and will soon bring them home.

June 2, 2014: The police banned protests in the FCT over the abduction.

July 5, 2014: Seven parents of the abducted girls were reported to have died.

July 15, 2014: Some of the schoolgirls who escaped Boko Haram custody as well as some Chibok parents shunned a meeting with Jonathan; they were yet to meet the president since the abduction.

Sept 28, 2014: The All Progressives Congress (APC) accused Jonathan of playing “dirty politics” with the girls’ kidnap.

March 6, 2015: Jonathan laid the foundation for the rebuilding of Government Secondary School Chibok.

March 18, 2015: Buhari, then presidential candidate of the APC, said he would ensure the girls regain their freedom if elected.

April 13, 2015: Malala Yousafzai, the Pakistani girl rights activist, wrote an open letter to the girls, urging them to remain strong.

April 14, 2015: First anniversary of the girls’ abduction. In commemoration, school children embarked on a protest march in Abuja seeking their release.

April 16, 2015: Upon Buhari’s election, US Vice-President Joe Biden called him and promised the western country will help in the rescue of the girls.

Sept 15, 2015: The federal government said it was in talks with the insurgents over the release of the girls.

April 13, 2016: A new video showed the schoolgirls are “alive and well,” amid uncertainties about their welfare.

May 18, 2016: One of the schoolgirls wasrescued by civilian joint task force.

May 31, 2016: FG took charge of the schoolgirls admitted into US schools after fleeing the custody of Boko Haram.

Aug 14, 2016: Boko Haram claimed many of the schoolgirls were killed by Nigerian troops during an attack on a location where they were kept — the defence headquartersdenied this. The insurgents also released a video showing about 50 of the girls.

Aug 28, 2016: The president said the federal government was ready to negotiate with Boko Haram over the release of the girls.

Sept 6, 2016: Policemen in Abuja raided the Unity Fountain in Abuja where the BBOG group were protesting over the girls’ abduction.

Sept 22, 2016: Buhari invited the United Nations to assist in negotiations for the girls’ release.

Jan 5, 2017: Buhari promised all the abducted Chibok girls will one day reunite with their families.

Jan 16: 2017: Lai Mohammed and some members of the BBOG group including Oby Ezekwesili joined in the “search for the girls” in Sambisa forest.

May 6, 2017: 82 of the girls were released. The presidency had said they wereswapped with Boko Haram insurgents.

April 14: The three years anniversary of the abduction of the schoolgirls was held in Abuja.

April 23, 2017: Buhari said the war against Boko Haram could not be declared over until the abducted girls had been rescued.

May 17, 2017: One of the abducted girlsescaped from Boko Haram custody.

May 20, 2017: The BBC reported that two million euros were paid to Boko Haram as part of the deal reached in releasing the 82 schoolgirls. €1 million was also said to have been paid for the 21 that were first freed.

Aug 27, 2017: Auwal Ismaeela, a top Boko Haram commander who confessed to leading the squads that abducted the Chibok girls, surrendered.

Nov 15, 2017: Parents of the girls wrote a touching letter to Buhari, in which they expressed sadness over his “silence” concerning the fate of their daughters.

Nov 26, 2017: Buhari approved the payment of N164.7 million as school fees of the freed 106 schoolgirls studying at the American University of Nigeria (AUN), Yola, Adamawa state.

Dec 26, 2017: It was reported that 13 of the girls still in captivity had lost their lives as a result of hunger, snake bites among other reasons.

April 13, 2018: Buhari blamed the delay in the release of the remaining Chibok schoolgirls on “internal differences among Boko Haram fighters.”

July 13, 2018: Banzana Yusuf, a Boko Haram member, was sentenced to 20 years imprisonment for “planning” the kidnap of the girls.

July 20, 2018: Mayinta Modu, a suspected Boko Haram commander, said he received N30,000 as payment for coordinating the abduction of the girls.

Sept 27, 2018: Some lawyers sued the federal government over the abduction and demanded a report on rescue efforts.

Oct 4, 2018: American cable network, HBO,released the trailer for ‘Stolen Daughters: Kidnapped by Boko Haram,’ a documentary about the Chibok girls

Nov 30, 2018: Jonathan said he is not to be blamed for the abduction of the girls. According to him, “I cannot take responsibility for the abduction; I don’t control Boko Haram. They are criminals.”

Dec 4, 2018: Buhari said his administrationwill welcome any support to secure the girls’ freedom.