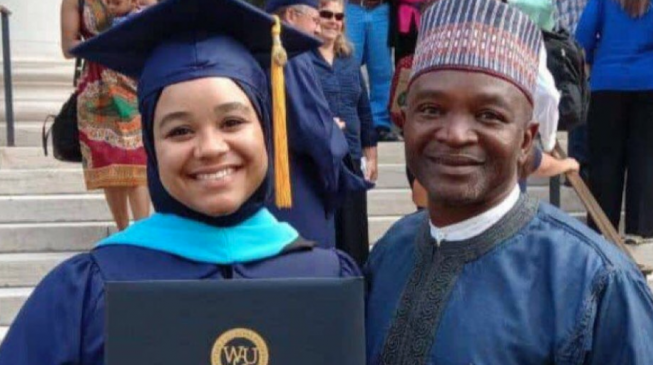 Muhammed Mahmood, chairman, board of Universal Basic Education Commission (UBEC), and his daughter have been released by their abductors.

The report on TheCable said their release was confirmed by Hussain Danladi, one of Mahmood’s aides.
Mahmood and his daughter were abducted along Kaduna-Abuja road on Monday afternoon while travelling from Kaduna to the federal capital territory (FCT).
His driver was shot dead when armed bandits opened fire on the vehicle they were travelling in.
Danladi reportedly said no ransom was paid to secure their release.
However, there is no information on the the other travellers who were kidnapped alongside the duo.
Several cases of kidnappings have been recorded along the route in the past months. Many commuters have abandoned the route for the train station as a result of insecurity.
All efforts by the government to end the activities of  kidnappers and bandits have not yielded the desired result.