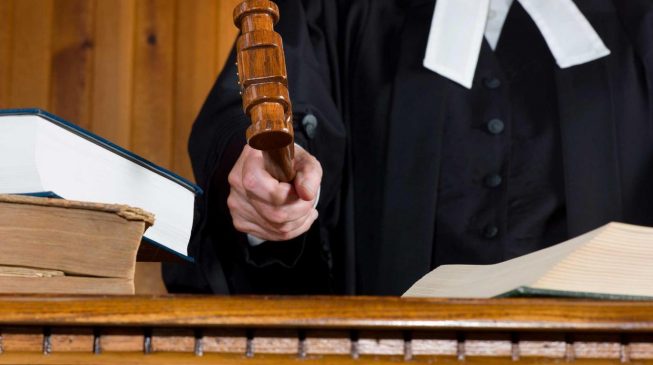 Nigeria’s quest to stop the enforcement of a monumental $9 billion arbitration award will now be heard by the English Commercial Court on June 14.
TheCable reports that the case could not be heard on May 20 as previously scheduled because of an administrative hitch.
According to the online newspaper the court is likely to make a pronouncement on the merit of Nigeria’s defence at the next sitting.
Process and Industrial Developments Limited (P&ID), a British engineering and project management company, had dragged Nigeria to arbitration in London in August 2012 alleging breach of contract by the federal government.
In July 2015, the dispute was resolved in favour of P&ID but Nigeria later unsuccessfully asked the English Commercial Court to set aside the award completely.
In January 2017, the tribunal ordered Nigeria to pay P&ID $6.6 billion in damages and $2.3 billion in interest.
Along with accrued interest, the fine has risen to about $9 billion.
Nigeria had sought an extension to defend its case to stop the enforcement of the award, which will put the nation’s foreign assets — including external reserves — at risk.
After failing to file its defence, Nigeria was fined by the court which ordered the federal government to start paying part of P&ID’s legal costs.
TheCable understands that even after the court had granted a second extension, Nigeria almost missed the deadline — only filing its defence one working day to the May 20 hearing date.
Officials of the ministry of justice arrived London ahead of the hearing to discover that it would not hold as scheduled.
What is at issue?
P&ID, founded by Irishmen Michael Quinn and Brendan Cahill — with over 30 years of experience in engineering projects in Nigeria — had entered into a 20-year gas and supply processing agreement (GSPA) with the federal government in 2010 to build a state-of-the-art gas processing facility.
The plant, in which Nigeria was to have a 10 percent stake, was to refine associated natural gas into non-associated natural gas to power the national electric grid as conceived in 2006 when President Olusegun Obasanjo was in power.
The agreement stipulated Nigeria would receive 85% of the non-associated gas at no cost for electrical generation and industrialisation. P&ID would receive the remaining 15% of byproduct – methane, propane, butane – to sell on the commercial markets, of which Nigeria would receive proceeds from their 10 percent stake in the company’s ownership.
Based on the agreement, government was to supply 150 million standard cubic feet (scf) of the gas per day to P&ID — rising to 400 million scf in the life of the project. The gas was otherwise being flared by the oil-producing companies.
The GSPA also required the government to build a gas supply pipeline to the P&ID facility.
What went wrong?
P&ID said after spending several years preparing for the project, the project collapsed because the Nigerian government did not build a pipeline or secure a supply of gas as stipulated in the agreement.
With the ensuing crisis unresolved even after proposing an amendment to the agreement, P&ID commenced arbitration against Nigeria in August 2012 in London, UK.
In May 2015, while the arbitration was still ongoing, P&ID agreed to settle the dispute upon payment of $850 million by the government, according to documents seen by TheCable.
However, President Goodluck Jonathan, who was about to leave office having been defeated in the presidential election, provoked by P&ID’s offer, countered, but indicated they would hand over the negotiations to the incoming administration of President Muhammadu Buhari.
The arbitration award was made two months after Buhari assumed office in 2015.