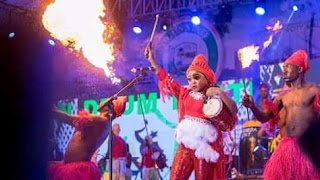 OGUN STATE, ABEOKUTA - Thrills of unification, oneness, and development were drummed up evidently by drums of life at the just-held African Drum Festival 2019 which saw attendees taken through a train of traditional rhythms at the 10,000 capacity amphitheatre, Oke-ilewo. 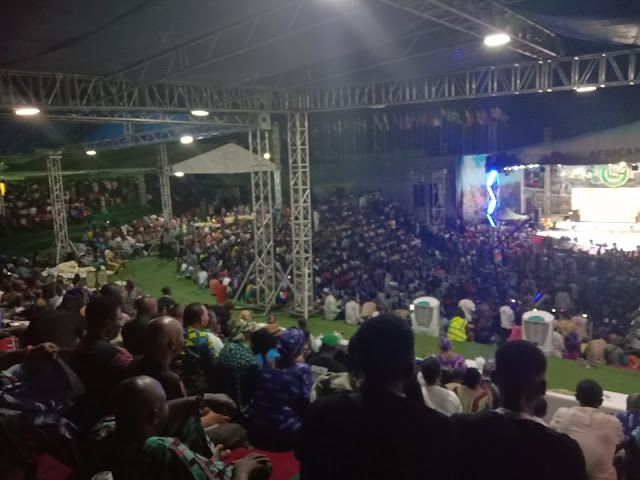 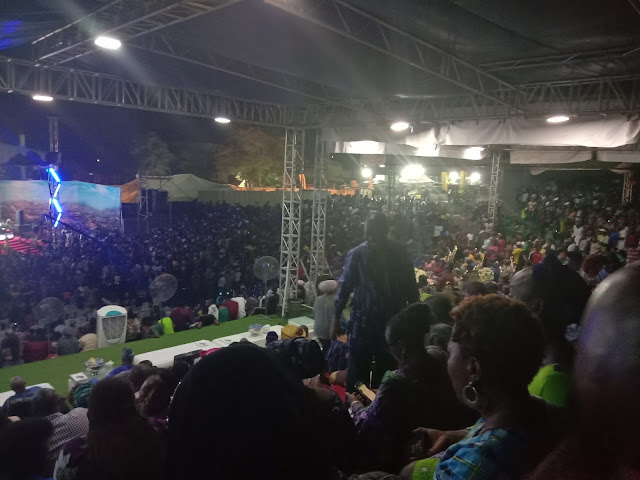 Themed: Drumming the Future, the initiative which creates a convergence of  Africans annually through what is chiefly integral to our culture (drum), gave a thrilling experience of the blend of dance, drum and the tradition. 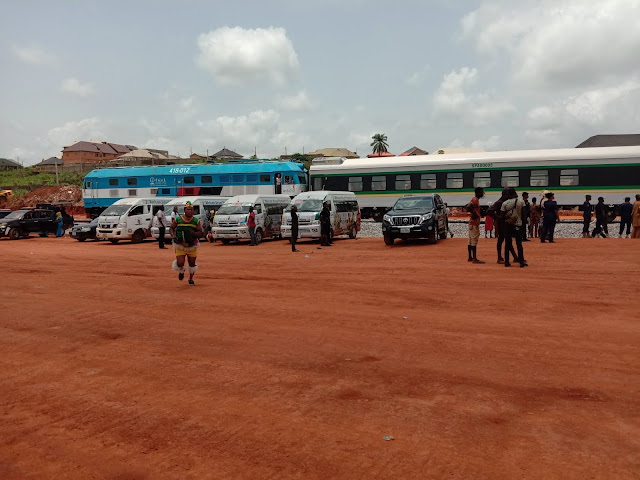 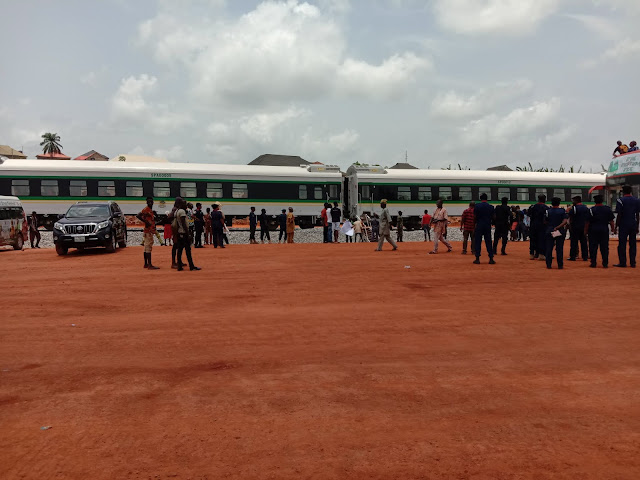 Like the past editions, traditional rulers were in attendance, namely:  Ooni of Ife, Oba Adeyeye Enitan Ogunwusi; The Alaafin of Oyo, Oba Lamidi Adeyemi who was represented by Bishop Ayo Ladigbolu, Chairman of Ogun state traditional council; The Alake of Egbaland, Oba Adedotun Aremu Gbadebo; among others but unlike the past editions, Nigerian dramatist, film-writer, sculptor, playwright & director, Chief Jimoh Aliu (MFR) and the queen of culture, Nigeria’s culturally beauteous and traditionally enlightened, Erelu ASA of Nigeria, Duchess Funmilayo Dendeninuola Rotiba  glitzed up the festival with her queenly presence. 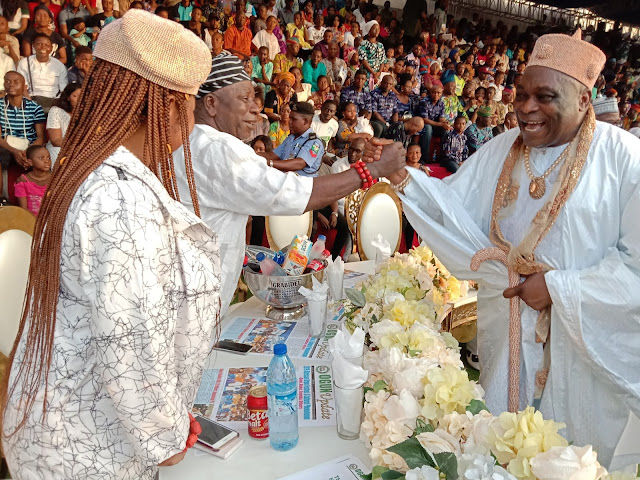 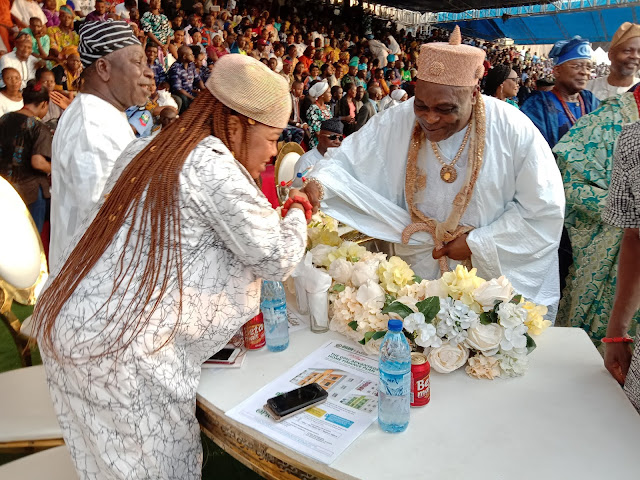 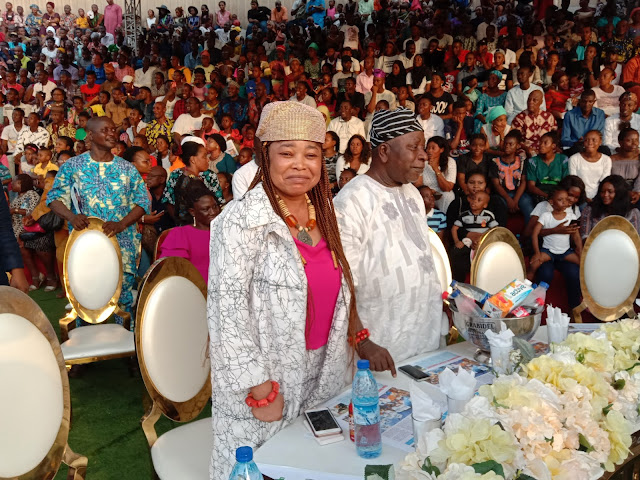 The Festival, which started with instruments drawn from the Northern part of Nigeria signifying the tunes and the drums performed by Nassarawa State carried on with the Southern part following through by showcasing their drums and instruments via Ebonyi State and the Western part represented by the State of Osun, displayed their traditional Bata, Dundun, with Saworode and Omele. Akwa Ibom toed the same vein by rendering a piece of what is to be expected and attendees also enjoyed a bit of it from 23 countries that were represented in the socio-cultural gathering.

As if to evidence the existing blend of our culture with the western world, Helen Isibor-Epega, an ethereal songstress popularly known as The Venus Bushfires (which means the birth of an idea and harmonious balance) gave a rendition that made true performance true with  her cinematic Afro-Folk garnished with the western sound from the guitar. The queen of drums, ARA would have toed the same with the vernacular opera singer, had it been her performance was not moved to the climax of the festival but the mother of drums who didn’t perform as slated excited attendees with her presence, taking pictorial moments with them. 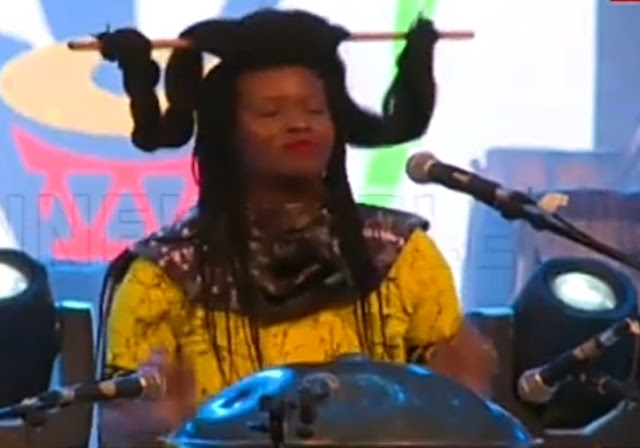 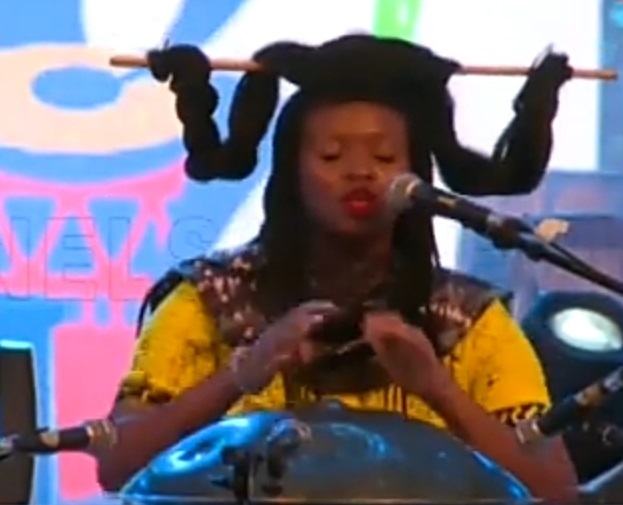 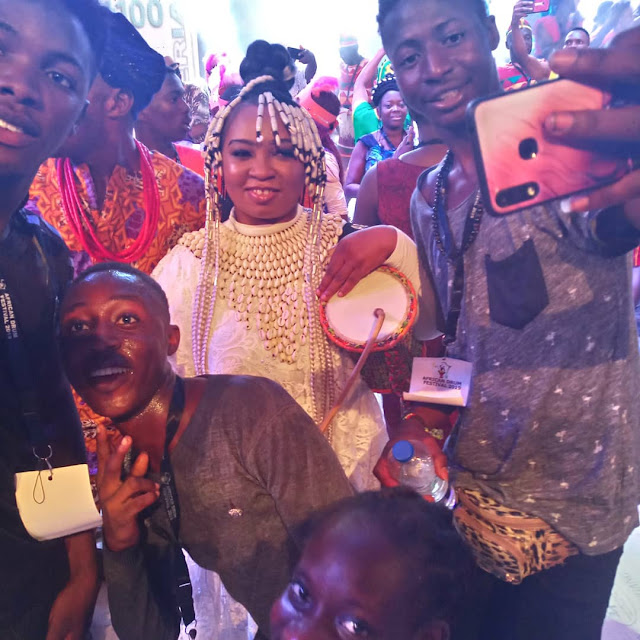 Day two progressed with performances from various states and the international scene. The penultimate edition’s champion Kwara state, wowed with the unique sounds of their cultural strength, stirring up the excitement. Godfreytimes gathered that the Ekiti state troupe brewed up storms of thrills but sadly not mentioned amongst the top 3 of the ADF 2019 as Gombe, Kwara and Ondo State took the 1st, 2nd and 3rd position respectively.

Morocco aroused the event to elation with its Sukrat sound, Tunisia touched with its sound, same with DR Congo, Uganda, Burkinafaso, Togo, Kenya, Zimbabwe, Ivory Coast, Haiti, Benin Republic and Cameroun joined in adding their share of thrills to the event.

Nigeria’s true brother in the West-African sub-region Ghana was represented by Wala Afoo Drumming and Dancing Ensemble who thrilled the audience with Booba Ga recreational rhythm. 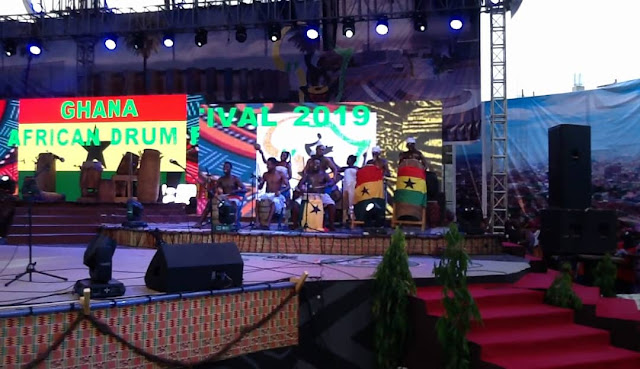 Ogunde Theatre, Kola Bata, Adewole Oniluola among others enriched the festival with the beauty of Art in their areas of strength. 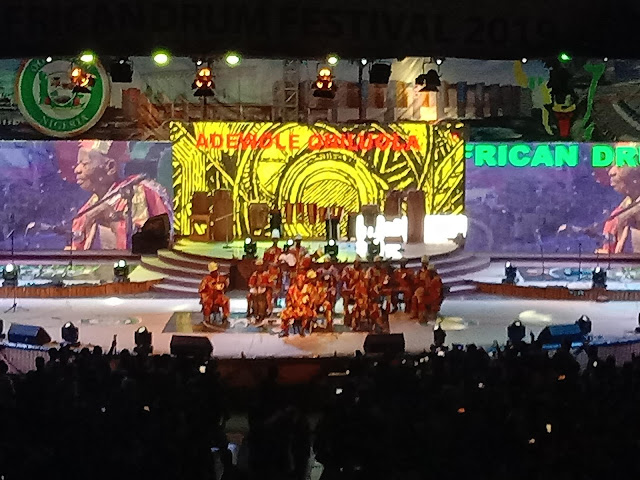 Fuji legend, Pasuma Wonder’s appearance excited the crowd but his refusal to identify with the cheers quelled it, and caused some to find him arrogant, although lovers of the Trophy drink enjoyed Pasuma’s performance as he dazzled with his hit songs at the stand of the alcoholic brand.

The climax started with a Rail, Rhythm & Ride adventure and a festival parade bus ride followed through to Olumo Rock where the Cultural Camp took place and carried on to the festival performances which was electrifying; the amphitheatre was engaged to the drum world owing to the hugely captivating sounds from the sophisticated instruments followed through with varietal dances and display of traditions. 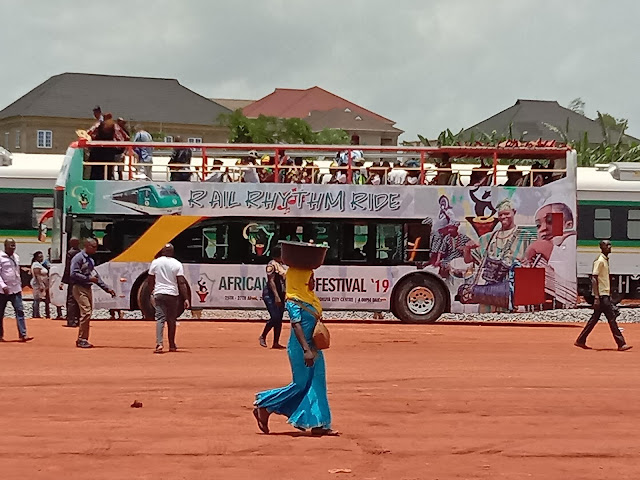 Performances from various states and the international scene were full of vim and vigor. Gombe state touched the crowd greatly with their dance drama, registering their interest for the first position and they sure did have it. and from the international scene, the Gold Coast upped their thrilling spree with the traditional Ga Akwamu Fontomfrom rhythm and this earned them the overall best. 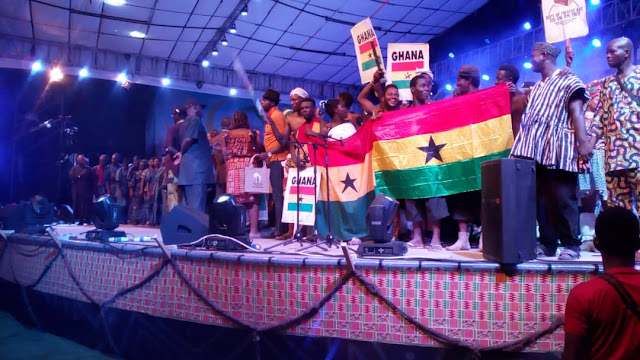 Nigerian actor, singer, film-maker, producer and director, Odunlade Adekola raised the euphoric mood with his presence. The movie delight who acknowledged the cheers from the crowd with much love, greeted Governor Ibikunle Amosun, Wole Soyinka, traditional rulers, other dignitaries and carried on to meet his colleagues in the industry.

Nigerian female talking drummer Ara Thunder,  is a valid mention in the list of those who lit up the climax of the festival with a performance that electrified. 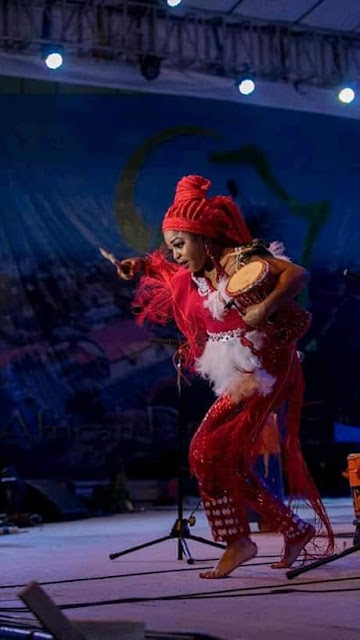 This story was brought to you by Imperial House of Culture Limited in association with AY Stitches Ventures. 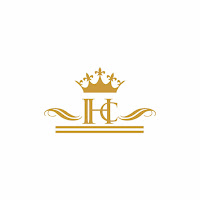