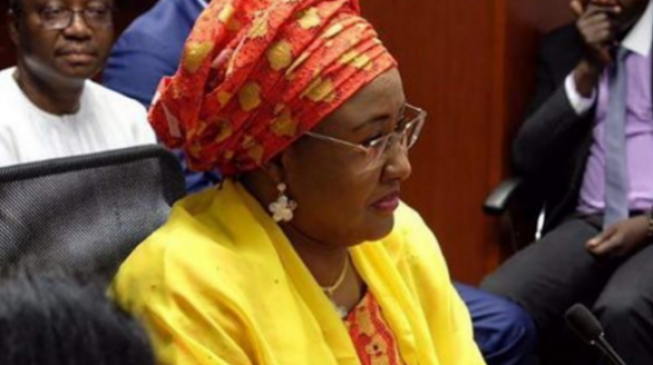 Aisha Buhari has shared a video on why presidents should listen to advice and not surround themselves with people telling them “what they want to hear”,According to TheCable.

The wife of President Muhammadu Buhari took to Twitter on Friday to share the video of Julius Malema, an influential South African politician, advising President Cyril Ramaphosa against “prisoners”.

The development comes 72 hours after she and her husband returned from a five-day trip to Saudi Arabia. Buhari’s allies, including Maman Daura, and Isa Funtua, whom she had disagreed with, were with the president while he was abroad.

In the video, Malema told Ramaphosa, who has just been reelected, to avoid people who “thrive through patronising presidents”.

He said: “We hope that you will be a president of a country free government. There are people who thrive through patronising presidents.

“They tell you all you want to hear. And as a result, you’re unable to make informed decisions. Because you surrender yourself with prisoners, and yes men and yes women.

“Even when the constitutional courts told them you are wrong, those around them kept on telling them you’re right. And that’s where they got it wrong.”

590 people are talking about this

Aisha shared the video with hashtags “listen to advice” and “team work”.

She has at various occasions expressed her reservations about the “influential persons” in the current administration.

Last year, she said a few people were calling the shot in this administration at the expense of Nigerians who brought it into power.

“Our votes were 15.4 million in the last elections and after that only for us to be dominated by two people… this is totally unacceptable,” she had said.

In 2016, she told BBC Hausa that Buhari’s government had been hijacked by only a “few people”.