One particularly beautiful trail begins in the village of Stary Smokovec and climbs up into the mountains, past waterfalls, chalets and dense alpine forests.CreditSebastian Modak/The New York Times 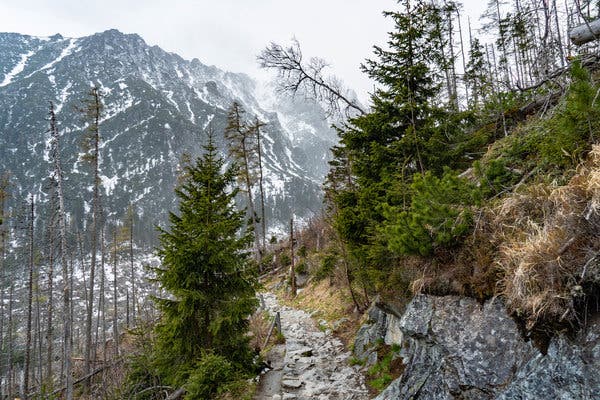 New York Times columnist, Sebastian Modak,   in his visit to each destination on the 52 Places to Go in 2019 list, spent Easter Sunday in Plovdiv, Bulgaria, before visiting the Tatra Mountains in Slovakia.
Read his travel adventure in the "Good idea" country.
As any solo traveler knows, there’s a fine line between loneliness and blissful solitude. On the 52 Places journey so far, I’ve relished making unexpected and sometimes profound connections with other people. I still text regularly withpeople I met in Puerto Rico, 15 stops and more than three months ago; everywhere I’ve gone so far, when I’ve put myself out there, I’ve received unbridled hospitality in return.
So when I’ve found myself alone, likereally alone, I’ve sometimes felt a purposelessness and a resulting sadness. Slovakia, though, had me leaning into solitude, and enjoying a sense of uninhibited joy that you just can’t get from other people.
The countryside that stretches under the High Tatras is full of medieval ruins and tiny villages, making a road trip the best way to take it all in.CreditSebastian Modak/The New York Times 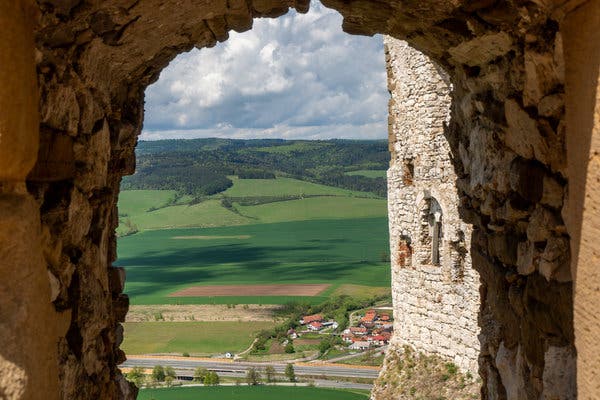 I was in Slovakia to spend time in the Tatra Mountains, the jagged artery of theCarpathians that forms a natural border with Poland. I was coming at an awkward time, smack in the middle of spring, when ski season was largely over, but some of the 370 miles of hiking trails in Tatra National Park were still closed because of snow and ice.
But all that really meant was that the crowds were thinner, the traffic on my drive across most of the country was sparse and while reveling in all the natural beauty that this small country has to offer, I was often left with my thoughts as my only company. 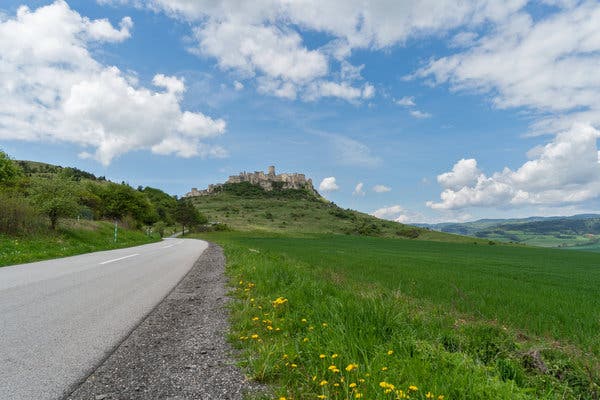 The drive to and around the Tatras is half the fun of the trip, where with quick detours you can catch stunning views of green valleys and tiny villages. For a lot of the trip, I used Google Maps’ turn-by-turn directions more as suggestions and often made decisions based on what I could see on the horizon. There was no one around to tell me to do otherwise, after all.
Views of the Tatras are just as impressive as views from them. This is true even at highway rest stops — yes, this is the view from a rest stop.CreditSebastian Modak/The New York Times 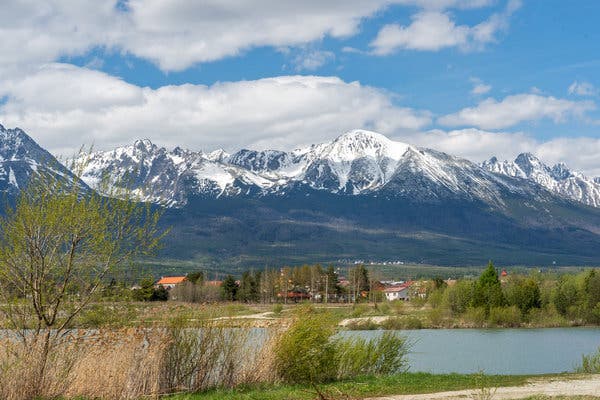 A river valley separates the High Tatras, or Vysoke Tatry, from the Low Tatras, or Nizke Tatry. I based myself in the former — where the majority of the ski resorts are — which meant easy access to the best trailheads. But on your way in and out of the national park, it’s worth driving through the lowlands to take in the full majesty of the High Tatras from afar.

The trails that crisscross the High Tatras are all well marked with distances and estimated times, so it’s easy to choose your route based on your fitness level and ambition. Most importantly, I felt comfortable taking them on alone without getting hopelessly lost.

A must-visit detour, just around 30 miles southeast of the national park, is Spis Castle, a 12th-century complex on top of a steep hill. I had many epiphanies on my trip through Slovakia, with all the time alone driving or hiking lending itself to realizations about my own place in the world and the dizzying magnitude of this yearlong trip. But one of the most poignant moments I had came while standing on top of a watchtower at Spis, looking at the snow-capped mountains hazy on the horizon, and zeroing into the sense of gratitude I felt to be there.
Lomnicky Stit, the second highest peak in the High Tatras, is accessible by a series of cable cars that start in the village of Tatranska Lomnica.CreditSebastian Modak/The New York Times 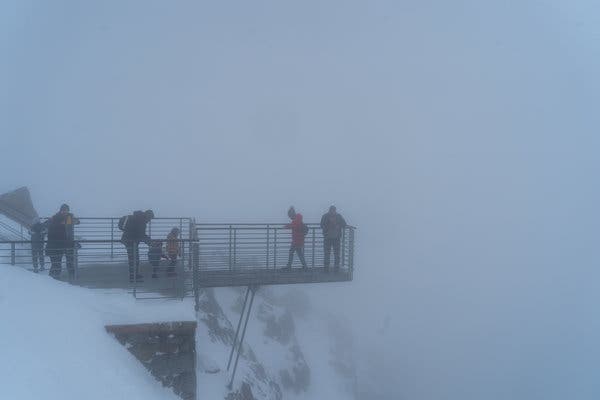 Within the national park, I based myself in Tatranska Lomnica, one of a string of villages that runs along the mountain range. From the town, a series of three cable cars takes visitors all the way up to the top of Lomnicky Stit. At 8,643 feet, it’s the second highest peak in the mountain range. Though a sudden shift in weather meant visibility was near zero when I ascended, it was still worth it for the overwhelming sense of smallness I felt, standing on the edge of the mountain and squinting into a white abyss.
Just an hour and a half drive from the Tatras, the medieval city of Kosice is the perfect add-on to a road trip.CreditSebastian Modak/The New York Times 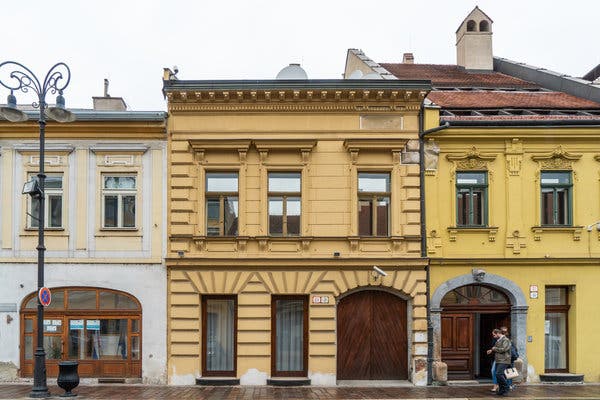 I went from Bratislava up into the High Tatras, before descending to Kosice, the country’s second largest city, and then returning to the capital. Kosice was a bit of a rude awakening from the overwhelming peace I felt hiking the Tatras alone: the city was a host of the Ice Hockey World Championship and the streets were filled with enthusiastic (read: very drunk) fans from all over the world. Even amid the noise, I found moments of silence, like when I wandered down narrow alleys in the storybook Old Town.
While some of the hikes into the Tatras are challenging climbs, the walk around Strbske Pleso, a lake in the mountains, is an easy two-hour stroll with beautiful views around every turn.CreditSebastian Modak/The New York Times 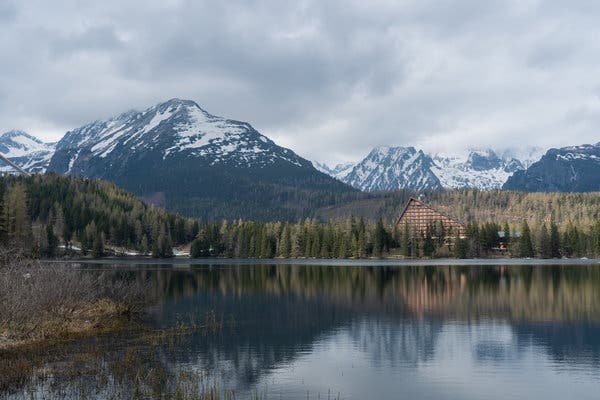 Still, the moments I know I will remember most will be snippets of long walks through evergreens, jagged mountain passes and around still lakes, mirrors for gray skies and chalets. Over the course of my road trip, I had a number of passing conversations, but it’s hard to form lasting connections with honeymooning couples or weekending families without being intrusive. That’s O.K. though. Surrounded by natural majesty, I finally understood that the “solo” part of “solo travel” can actually be the
most rewarding.

This article was first published on The New York Times.