ANALYSIS: Why Nigeria will remain in darkness a little longer 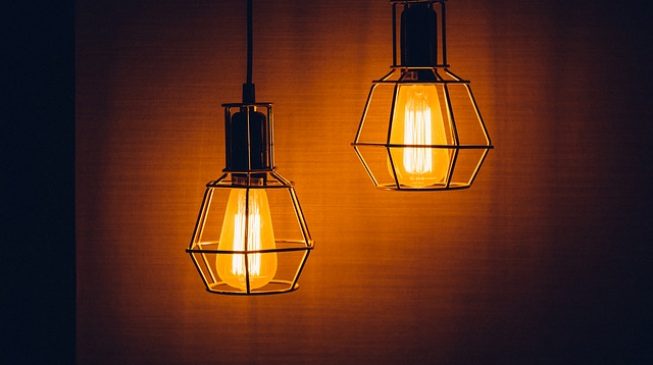 The unbundling of the Power Holding Company of Nigeria (PHCN) on November 1, 2013, was like a breath of fresh air for the Nigerian power sector that had undergone decades of protracted crisis. The privatisation of the sector was greeted with so much enthusiasm and loads of expectations. Finally, the years of blackouts would soon be over, many had thought. The objectives of the privatisation were to promote efficiency, reduce average technical, commercial losses, increase power generation and stable supply of electricity to the consumer at a reasonable cost, TheCable reports.

However, the fanfare and roadshows to developed countries for the privatisation model yielded no significant result as no foreign investor could risk putting his/her money in a sector plagued with “high-level corruption and uncertainty”.
But the federal government soldiered on and local investors came to the rescue. Several promises were made and agreements signed. The core investors committed to reducing losses significantly within five years, among other things.
In the process, PHCN was divided into six generation companies (GenCos) and 11 distribution (DisCos) firms, all sold separately. The investors took charge of the operations of the generation and distribution segments, while the government retained the transmission segment.

But five years down the line, the privatisation process has turned out to be an exercise in futility; a misguided step to ending the electricity jinx, as most Nigerians still grapple with poor power supply. Some have tagged the overwhelming failure in the industry to the fact that the assets were sold to cronies of the past administration, preventing entities with sufficient technical and financial capabilities to take over. Others said the investors didn’t do due diligence, while some believe this situation is as a result of government’s unrealistic assumptions at the early stage and the subsequent lack of commitment to the agreements made.
As things stand, the sector is plagued with a lot of challenges from illiquidity, absence of cost-reflective tariff, gas shortages, DisCos’ underperformance, poor transmission, energy theft, estimated billing and metering issues. Taking a cursory look at these challenges that have overwhelmed the Nigerian Electricity Supply Industry (NESI), one cannot but emphasise their toll on the sector.

According to recent data from the advisory power team in the office of Vice-President Yemi Osinbajo, the power sector recorded a shortfall of N108.652 billion between January and March 2019. In 2018, the total loss was put at N530 billion. This was due to operational constraints from the shortage of gas, poor transmission, weak distribution network, and water reserves factor.
TheCable’s analysis of the quarterly reports of the Nigerian Electricity Regulatory Commission (NERC) in 12 months, from the fourth quarter of 2017 to the third quarter of 2018, shows huge negative balance sheets. The result shows that electricity customers owe DisCos N259 billion for energy consumed within the period. Whereas, the DisCos too owe N454.2 billion for energy received from the Nigerian Bulk Electricity Trading (NBET) and the service charge by market operators (MO) for the 12 months reviewed. The low remittance by DisCos to NBET and MOs is partly due to low collection – as military installations and MDAs are said to have amassed debt running into billions of naira – and existing tariff shortfall .

In similar vein, the analysis of the quarterly reports also showed that international customers refused to pay a dime for the period of 12 months from the electricity invoice of N69 billion. Nigeria supplied energy to Benin Republic, Togo and Niger.
Even the financial bailouts by the federal government overtime have had little or no effect on the industry. From 2015 till date, the government is said to have invested about N2.9 trillion in interventions. In 2015, the Central Bank of Nigeria (CBN) provided the sum of N213 billion under the Nigeria Electricity Market Stabilisation Facility (NEMSF), disbursed at 10 per cent interest per annum with a tenure that would not be more than 10 years.

In 2017, the federal government approved the sum of N701 billion as power assurance guarantee fund to tackle the liquidity challenges faced by GenCos, as DisCos keep defaulting in paying for the monthly invoice of electricity received.
Recently, the federal government provided N37 billion to provide sector operators to invest in prepaid meters under the meter asset providers (MAPs) regulation. Notwithstanding the multi-billion dollars investment by the World Bank, other foreign investors have sunk a huge sum into the industry, especially on transmission and off-grid.

Some Pundits have attributed the serious liquidity challenge to the issue of tariffs. In other words, the power sector lacks cost-reflective electricity tariffs, which makes the market unsustainable. According to investors, the refusal of the federal government to review the multi year tariff order (MYTO), a methodology for regulating electricity prices, has resulted to a loss of over N1.4 trillion in the value chain.
The MYTO sets a 15-year tariff framework with minor reviews of the pricing mechanism each year to reflect changes in parameters such as inflation, foreign exchange rates and gas prices, with major reviews every five years. However, since the last review that was done in February 2016, the NERC vested with the responsibility has not carried out any other review.

According to Sunday Oduntan, executive director, research and advocacy, Association of Nigerian Electricity Distributors (ANED), the umbrella body of DisCos, they are forced to sell electricity at the retail price of ₦32 per kilowatt hour, for a product that should sell above an average retail price of ₦80 per kilowatt hour.
Speaking at a press conference in July 2018, Oduntan said the DisCos have not made any profit from the N427 billion paid for distribution asset, maintaining that they cannot guarantee a turnaround in the sector if the tariff gap is not addressed – hence, the call for subsidy.

They said the current tariff is responsible for not meeting financial obligations to NBET and their performance agreement with the government, which should result in metering, improved network assets, increased customer connections that electricity consumers demand and deserve. 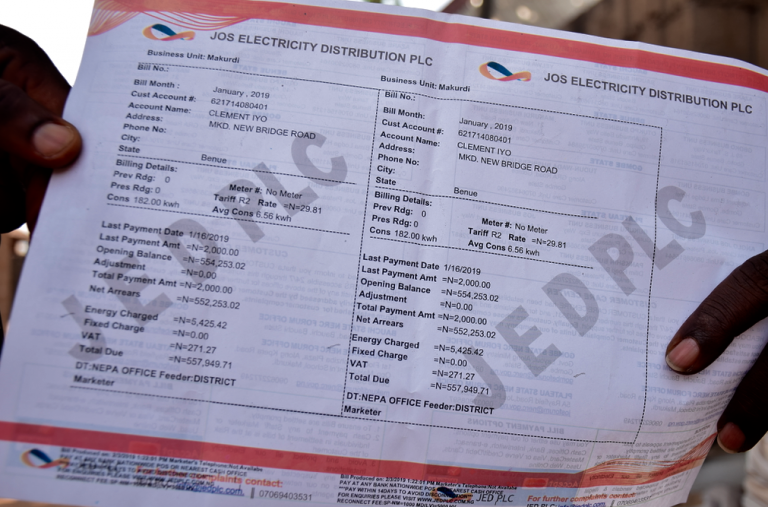 
Before privatisation, the federal government introduced the National Prepaid Metering Programme (NPPMP) for mass metering which adopted the prepaid metering technology. The intervention failed due to corrupt practices of the revenue circle management (RCMs) and government’s lackadaisical approach in funding the huge cost of meters.

In 2012, NERC launched another scheme to fill the huge metering gap and resolve the funding challenges that plagued the NPPMP/RCM model. It was tagged credited advance payment for metering initiative (CAPMI) plan for customers to quickly get a meter. Customers pay for the meter and the cost is refunded in form of credit units over a period of 36 months with interest. This also failed.

As part of its performance agreement signed with the BPE in 2013, DisCos committed to the provision of 1,640,000 meters annually over the next five years to bridge the metering gap. But the current reality is a far cry from what was projected, as the 11 Discos supplied a paltry 79,850 prepaid meters in 2018. Customers have complained overtime that the DisCos are foot-dragging on providing prepaid meters so as to continually fleece them through crazy bills that don’t reflect what they consume.

The latest third-quarter report of the NERC says out of the 8,310,408 registered electricity customers in the country, a total of 4,606,106 are without meters. 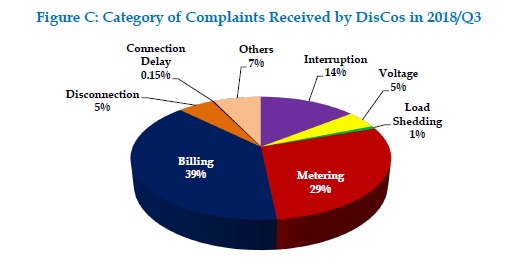 In this regards, on April 3, 2018, NERC introduced the meter asset provider (MAP) regulation to new investors to fast-track the roll-out of meters through the engagement of third-party investors The Discos were expected to engage the services of the MAPs within 120 days from the effective date to achieve a three-year metering target prescribed by NERC.

Despite the late start over lack of cooperation by Discos to engage licensed firms, the issuance of permits to the MAPson April 5 to begin the roll out of new meters by May 1 signals better days ahead. Consumers are hopeful to take advantage of the scheme to procure meters and end the yoke of estimated billing. But then, most stakeholders fear the new regulation may suffer the same fate as the subsequent ones if there is no tough clampdown on energy theft.

Speaking at the 11th edition of the Nigerian Gas Association (NGA) international conference and exhibition in Abuja in 2018, Maikanti Baru, group managing director of the Nigerian National Petroleum Corporation (NNPC), said Nigeria’s current proven gas reserve has gone up to 202 trillion cubic feet (tcf), which makes the country top in Africa’s largest gas reserves.
Even with that, the Nigerian electricity supply industry is still battling with the challenge of inadequate gas supply as most of its generation plants are gas-fired. In the latest third quarter 2018 report of the NERC, gas dominated the electricity generation mix accounting for 75.5% of the electricity generated. This implies that approximately 7.6kWh of every 10kWh of electricity generated in Nigeria came from gas.

Due to the liquidity nature of the industry, gas suppliers have not been receiving full payments for supplies to the GenCos. In the case of Alaoji NIPP, the supplier had cut off the product due to the power station’s inability to pay. On the flip side, NBET has been accused of not meeting up with its power purchase agreement (PPA) obligations to the GenCos. On some occasions, this has resulted to decline in generation capability and its attendant outages.

However, there is also a growing concern on the continuous over-dependence on gas-fired plants as acts of vandalism of gas pipelines could result in serious grid instability, as witnessed in the year 2016. So far in 2018, the grid has suffered about five collapses.

In another vein, when the GenCos produce according to the available capacity, there’s also the challenge of load rejection by DisCos whose weak network cannot distribute the available generation. Then, the transmission networks too, are inefficient. Hence, the GenCos are forced to operate their turbines/machines outside baseload conditions, with extra cost on their part.

Presently, the country has about 7000 megawatts (MW) of available electricity generation, though the installed capacity is about 12,000MW. The transmission wheeling capacity is less than 5000MW, while the distribution to Nigerian homes falls below 4000MW.

However, Nigeria’s energy need is 170,000MW given its population of 210 million, according to the UN. The vision 2020 report and the road map for power sector reform set a target of 40,000MW is just a pipe dream.

With the review of the performance of the DisCos set to take place before December 31, the question on the lips of most Nigerians is: will the power sector get it right in another five years?