Another container falls on Ojuelegba bridge 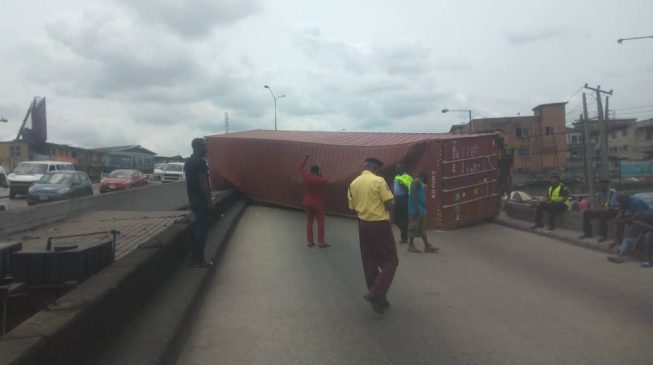 DifDifferent containers have been involved in accidents on the bridge, the last being in April when at least seven vehicles were destroyed.
TheCable reports that Saheed Olatunji, chairman of Ojuelegba NNAMORAL zone, a unit of Road Transport Employment Association of Nigeria (RTEAN), told TheCable that Tuesday’s incident resulted in gridlock.
“It happened around barracks, from where you will climb the Ojuelegba bridge. It is still there now causing traffic jam,” he said. 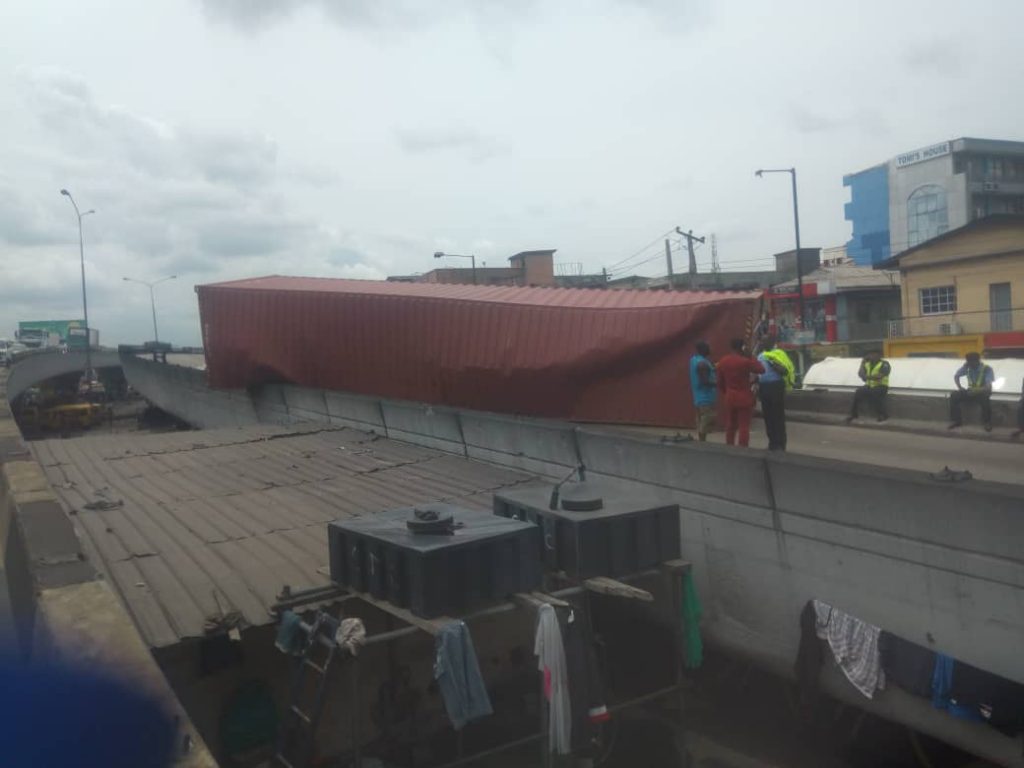 Security operatives at the scene
A security operative at the location told TheCable that the container had more load than its capacity, which led to its fall.
“The load is too much for the body, so as it was climbing the bridge, it was rolling down. It is 40 feet tall,” he said.
A police officer at the location said there was no casualty in the incident.
“There is no casualty, this is just a minor accident,” the security operative said.
Speaking with TheCable, the driver narrated how the container fell off the bridge.
“As I was climbing the bridge, a bus overtook me and I had to stop. When I set out after the bus left, the gear dragged me back and the container turned and fell.
“It is not because of the break. There is no casualty. I was not the only one in the truck, we were three in number, but nothing happened to any of us.”