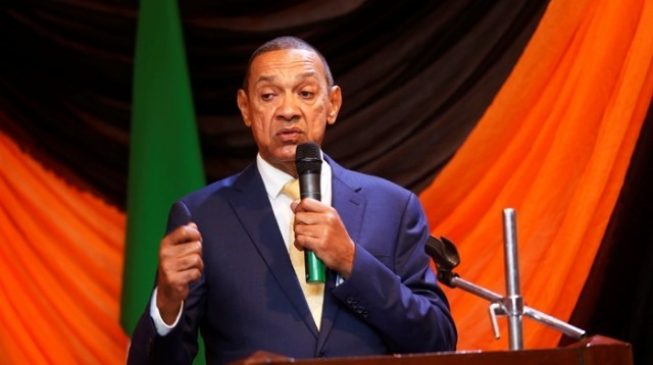 In an interview with BBC Pidgin, Bruce accused his colleagues of heading towards the opposite direction for rejecting a bill he sponsored on electric cars.
In April, Bruce withdrew a bill seeking to phase out petrol cars and introduce electric vehicles by 2035. This followed stiff opposition by his colleagues.
But in the interview, Bruce maintained his stand on electric cars, which he described as the future.
In a video of the interview he posted on social media, the lawmaker was seen driving an electric car.
“Nigeria is really the laughing stock of the world because of my colleagues who cannot function in the 21st century,” he said.
“An electric car is very efficient. Towards your driving, it tells you how many miles you have left. Full charge, about a hundred miles. You see how simple it is? But my colleagues in the senate, who are in the stone age do not understand this.
“Our politicians are moving in the opposite direction. Whether they like it or not, the world will move towards electrical cars. That is the way of the future. Combusting engine cars are inefficient, they kill people. Today, nobody in his right mind will build a factory to make combusting engine cars.
“We will end up being the dumping ground of the world because the world is moving in one direction, the Nigerian senate is moving in the opposite direction. You replace your petrol station with solar powered charging stations. Anytime you wanted to charge your car, you go to the gas station, and you charge your super charge 30 minutes, you get a hundred miles of charge. How many people drive a hundred miles, one (hundred and) fifty kilometers a day?
“Nigeria spends over a trillion naira every year subsidizing petrol. If they listen to me, they will be cautious what we have and what we can benefit from this technology. If they don’t, they will be left behind and Nigeria will be a third world country forever. So they have a choice. Either way, I win, they lose.”
See the video below: