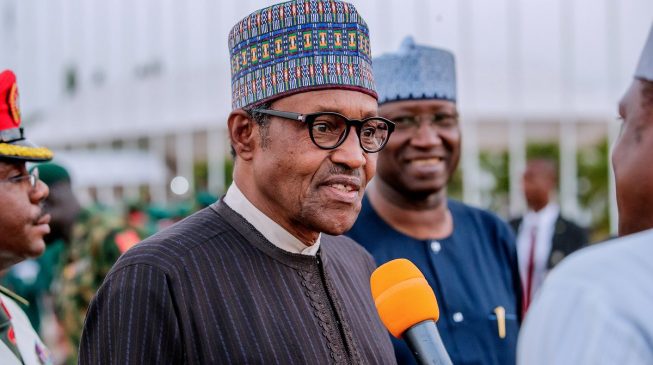 Buhari made the comment while addressing reporters upon his arrival from the UK on Sunday.
A reporter had asked the president : “Are we likely to see a different approach in the fight against insecurity, especially kidnapping, which is a big issue now?” , to which he responded: “You know, I have just seen the IG, he is… I think he is losing weight; so, I think he is working very hard.”
Buhari’s comment was received with shock after the video of the interview surfaced online.
Oby Ezekwesili, former minister of education, accused him of making a joke out of the insecurity in the country.
She said: “And this is supposed to be funny? A President @MBuhari making a joke of the daily drenching of the country in the blood of his citizens who are killed daily without ANY consequence while he bears the title “Commander-in-Chief” ? Carry on.
“I frankly decided to never again waste my Voice on a political class that has no redeeming prospect of caring about their citizens.”
Below are also some other reactions: