Buratai: The threat by Boko Haram is real 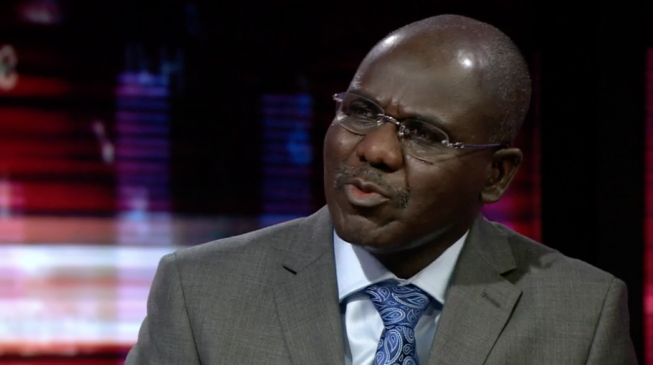 Tukur Buratai, chief of army staff, says the threat by the Boko Haram sect is real.
Speaking on Wednesday when the chairman house of representatives committee on the army visited him in Maiduguri, Borno state, TheCable reports that Buratai blamed some politicians for fuelling insecurity.
He said the military has strong evidence that politicians are sponsoring banditry, kidnapping and other criminal activities in the country.
The army chief attributed the security challenges being experienced in the north and other parts of the country to grievances that resulted from the outcome of the 2019 general election.
He said some politicians who were defeated during the elections sponsor criminal activities as a way of exacting their revenge on the nation.
“The threat by Boko Haram is quite real, they have been dealt with but they are still much around,” Buratai said.
“In terms of their various soft target attacks on some military locations, right now Boko Haram terrorists are on the run but because of the resilient nature of terrorism, they are always trying to score points to shows that they are much around.
“The myriad of security challenges we are facing right now in the north-west, north-central and other parts of the country, I want to believe and rightly so that it is a fallout of the just concluded general election.
“The political class has interest; politicians in particular who saw their defeats as a means to revenge, sponsoring these criminal activities and even the bandits, clashes between the farmers and herders.
“There are strong political undertones and strong political influence in these kidnappings. We use this opportunity to call on the chairman house committee on the army to prevail on some of these politicians, to really look at national interest first, before any political or sectional interest.
“We have strong evidence but we are still being conscious so that we don’t get it wrong but the best is to advice these politicians.”