CCB chairman: Nothing can stop me from prosecuting any official found wanting 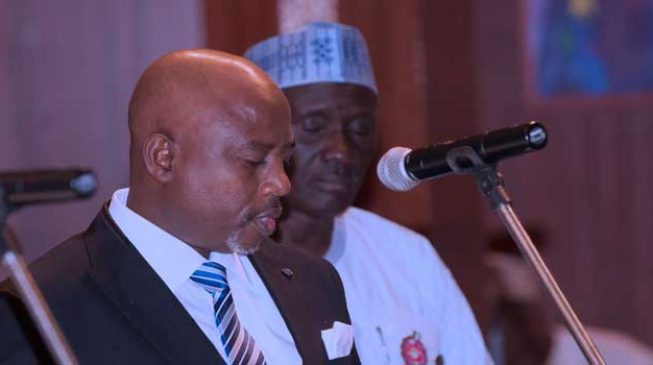 Isa Mohammed, chairman of the Code of Conduct Bureau (CCB), says nothing will prevent him from prosecuting any public official found wanting.
Mohammed said this on Thursday while speaking with journalists on the sidelines of a retreat for CCB’s board, management and state directors in Abuja, TheCable relays.
The CCB chairman said the retreat was an avenue to address the challenges confronting the bureau.
When asked if the bureau had plans to refer any serving governor or minister to the Code of Conduct Tribunal (CCT) for prosecution, he responded: “As far as I am concerned, there is nothing that can stand on my way from prosecuting anybody that is found wanting,” he said.
“At the end of the retreat, every bit of problem in the Code of Conduct Bureau, we are going to discuss, and we are going to see to the solutions we are going to provide.
“We want to re-strategise and reposition the CCB for effective discharge of its mandate. Ever since we came in, the idea of having a retreat within the board members, management and state directors had been mooted.”
Mohammed lamented that the bureau has not performed well in 30 years.
“We want to look at ourselves and tell ourselves the truth why the CCB has not been able to perform over the last 30 years that it has been in place,” he said.
“Since we have been talking about the issue of corruption and attacking it in Nigeria, CCB has been there.”