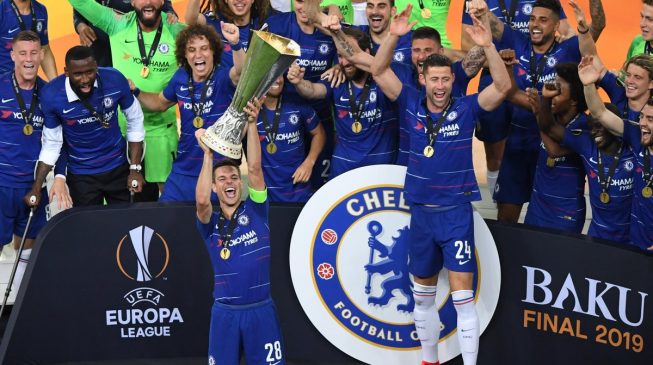 Chelsea won their second Europa League crown by dismantling London rivals, Arsenal by four goals to one with a brace from the talisman Eden Hazard at the Olympic stadium in Baku, Azerbaijan on Wednesday night.
This doubles as the very first managerial trophy to be won by the Chelsea coach, Mauricio Sarri.
TheCable reports that in an all-England final which featured only one English player, Arsenal’s Ainsley Maitland-Niles, in the starting line-up, it was Chelsea’s Belgian import, Eden Hazard, who shone the brightest to give the Blues a major trophy to celebrate at the end of a chaotic season.
Sarri, surprised his opponent, deploying a 4-3-3 set-up and starting Emerson Palmieri ahead of Marcos Alonso in defence.
However, Arsenal, handicapped by the politically-forced unavailability of Armenia’s Henrikh Mkhitaryan, started in coach, Unai Emery’s favourite 3-5-2 formation, with Mesut Ozil behind deadly strike duo, Alexandre Lacazette and Gabon’s Pierre-Emerick Aubameyang leading the attack.
It was a scrappy and dull opening to the final, with Arsenal providing the notable actions of the first 20 minutes through their dangerous duo.
Aubameyang blazed wide from inside the area following a half-cleared Ozil cross, while Lacazette’s dubious attempt at winning a penalty was foiled by Italian referee, Gianluca Rocchi.
With Chelsea all at sea in defence, Gunners came closer to the opener, with midfielder, Granit Xhaka’s long range shot grazing the bar, while Saed Kolasinac and Sokratis Papastathopoulos also going close.
Chelsea, led by Eden Hazard, however sprang into life towards the end of the half, with full back, Emerson’s shot stopped by Petr Cech, while the retiring Arsenal ‘keeper made a better save minutes later.
A lovely one-touch passing move culminated in striker, Olivier Giroud, presented with the best opportunity of the half and the former Arsenal striker was brilliantly denied by former Chelsea ‘keeper, Cech, who got down quickly to divert the Frenchman’s low drive away from goal.
Chelsea picked off were the left before the interval and took the lead through Giroud with a trademark header. The 33-year old striker evaded the attention of skipper, Laurient Koscielny to meet Emerson’s low cross with a diving header which left Cech with no chance, giving Chelsea a 1-0 lead on 49 minutes.
It was 2-0 on the hour mark through Spanish winger Pedro. The former Barcelona player was on hand to redirect Hazard’s cut-back into the far corner with a stabbed shot, leaving Cech with no chance. 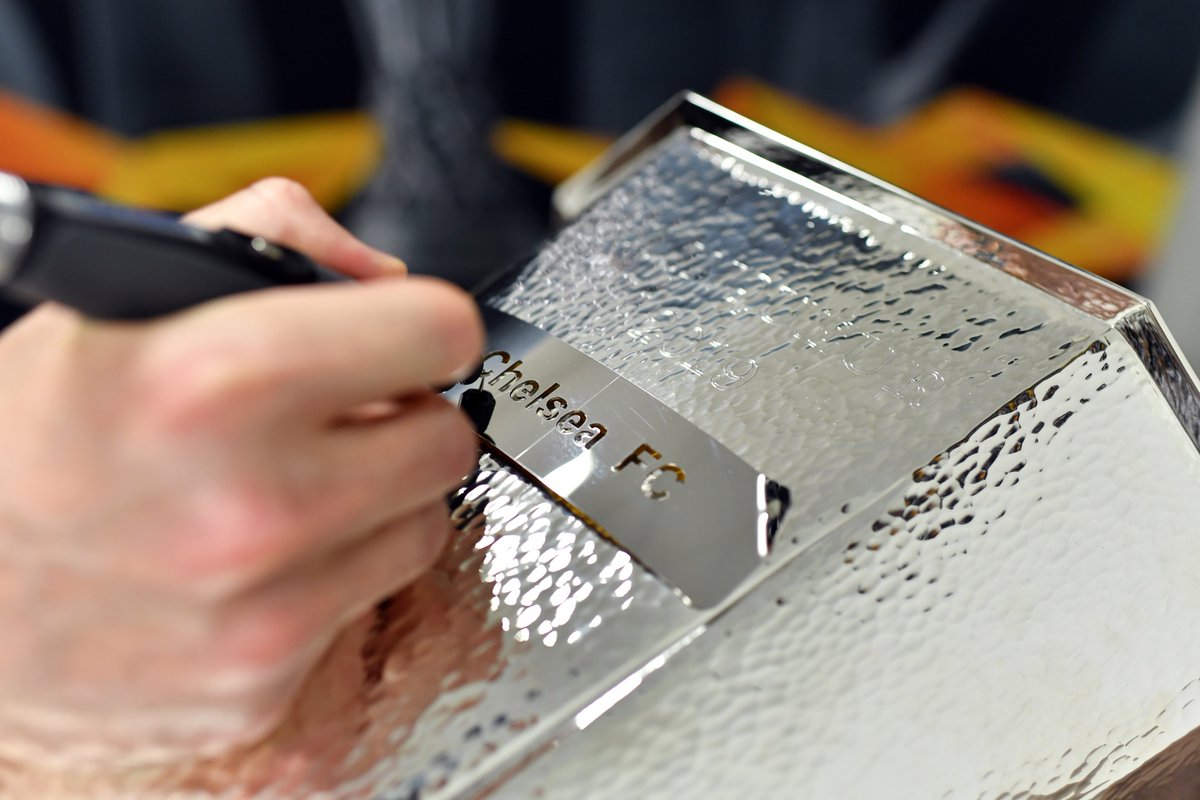 Chelsea are champions
The Chelsea fans were soon in celebration mode five minutes later when Hazard, a quiet assassin on the night, scored the third goal from the penalty spot after Giroud was brought down by Maitland-Niles after Hazard- again- carved the Gunners open.
Alex Iwobi, who has had his best performances this season in the Europa League came in afterwards and scored a stunning volley to reduce the deficit with his second Europa League goal.
The Super Eagles of Nigeria attacker found the far corner from the edge of the penalty area in a cameo appearance in which he played better than most Arsenal starters on the night.
Chelsea restored their three-goal advantage on 72 minutes through talisman, Hazard, the Belgian wizard slamming home after exchanging passes with the intelligent Giroud in a move he started after Arsenal were robbed of the ball deep in their half.
The Europa League win for Chelsea means Arsenal would miss out on next season’s Champions League, while their coach, Emery, also suffered his first loss in his fourth Europa League final.
The first trophy of Mauricio Sarri’s coaching career means he becomes the third Italian manager- the other two being Gianluigi Vialli and Roberto di Mateo- to win a European trophy for Chelsea.