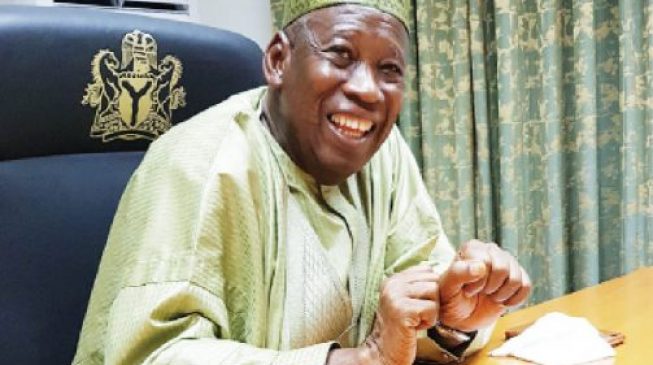 A Kano state high court has restrained Abdullahi Ganduje, governor of the state, from implementing the break up of Kano emirate TheCable reports.

Ruling on a suit filed by Rabi’u Saleh Gwarzo and Babangida Sulaiman, minority leader and minority chief whip of the state assembly, Nasiru Saminu, a judge, also ordered Kano government to suspend any move to demarcate the Kano emirate pending the determination of the case filed before him.
The Peoples Democratic Party (PDP) caucus in the state assembly had kicked against the bill on splitting the emirates into five.
On Wednesday, the governor assented to a bill, leaving Muhammad Sanusi, emir of Kano, with the control of 10 out of 44 local government areas.
The move was said to be targetted at Sanusi who reportedly worked against the reelection of the governor.
Two days before Ganduje gave assent to the bill on the creation of new emirates, a government official had told TheCable that the governor was determined to either remove Sanusi or whittle down his influence.
While speaking with state house correspondents earlier on Friday, the governor had denied witch-hunting Sanusi.
He said the action was prompted by the need to “take Kano to the next level”.
“We are taking Kano to the next level and we need the active participation of the traditional system, especially in the areas of education, security, agriculture,” he said.
“By decentralising the emirate, we followed history. Years back, the situation was not that.
“So if something developed 800 years ago, things are also developing now and there will be another 800 years. So look at the history.
“So, it is not vendetta, I am not against him (Sanusi). In fact, he is supposed to be reporting to the local government chairman according to the Constitution of the Federal Republic of Nigeria.
“It is the local government chairman that is supposed to discuss issues with him, not the governor.”