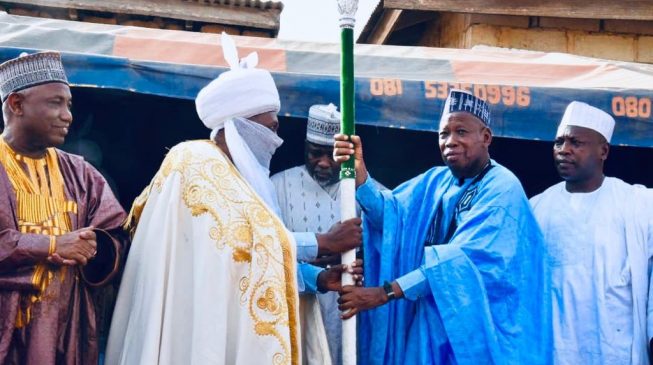 A Kano state high court sitting in Ungogo has declared the appointment and the installation of four new emirs by Abdullahi Ganduje, governor of Kano state, as illegal.
TheCable reports that Nasiru Saminu, the presiding judge, on Wednesday ordered a return to status quo pending the hearing of the suit against the appointment of the news emirs.
The state high court had on May 10 issued an ex parte order restraining balkanisation of Kano emirate and installation of new emirs.
But Ganduje failed to comply with the order, issuing appointment letters, and subsequently presenting staff of office to the new emirs.
Rabiu Gwarzo, a member of the state assembly, had earlier filed a suit challenging the creation of the new emirates.
On Tuesday, Kano kingmakers filed another suit against the governor and state government challenging the balkanization of the emirate.
The kingmakers who took the legal action are Madakin Kano, district head of Dawakintofa; Yusuf Nabahani, district head of Wudil; Abdullahi Sarki-Ibrahim, district head of Gabasawa; and Bello Abubakar, district head of Dambatta, Mukhtar Adnan.