Deaths of despair, once an American phenomenon, now haunt Britain


More middle-aged white men are dying of drugs, alcohol and suicide. Why? 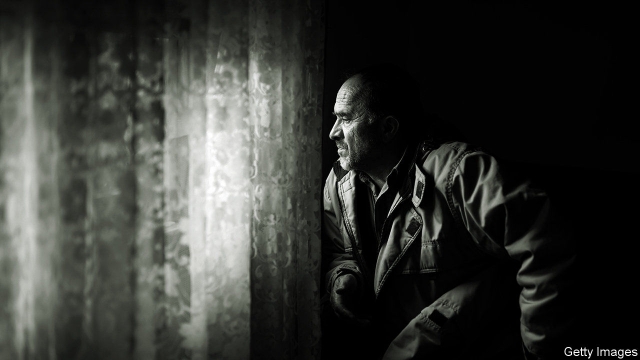 IN RECENT YEARS America has witnessed a troubling trend: a rise in what have become known as “deaths of despair”. Sir Angus Deaton and Anne Case, an academic couple both of Princeton University, have tracked an increase in the number of middle-aged whites dying from drug overdoses, suicides and alcohol-related conditions. Their work has shaped political debate in America. Now a report by the Institute for Fiscal Studies (IFS), a British think-tank, published on May 14th, suggests that something similar is taking place on the other side of the Atlantic.

Culled from The Economist, this is one of the initial findings of a five-year review of inequality begun by the IFS, which will look at everything from income to political participation. In its scale and scope, the exercise will be on a par with the Mirrlees Review, a gargantuan assessment of the tax system undertaken by the same think-tank, which issued its final report in 2011 and has been a reference point for researchers ever since. Sir Angus, who won the Nobel prize for economics in 2015, is chairing a panel of worthies overseeing the project.


The analysis shows that, after steadying during the 2000s, deaths of despair among middle-aged British men have in the past eight years or so been moving in the wrong direction (see chart). In 2017 they drew level with deaths from heart disease. In part because deaths from cancer have stopped falling, overall mortality among middle-aged men is on its way up for the first time in decades. Deaths of despair among women are also rising, but less quickly.

Economists argue over what has caused the rise in deaths of despair in America. The ready availability of opioid painkillers is thought to play some part. So may economic misfortune: those with no education beyond high-school, among whom the rise has been particularly rapid, have also seen their income stagnate. However, Sir Angus and Professor Case put more emphasis on the impact of the erosion of traditional social structures, including trade unions, the church and marriage.

So far there is no comparable research on Britain, though the IFS is working on it. Circumstantial evidence points to some possible explanations, however. As in America, poor prescription practices may have contributed to a rise in opioid abuse (though to nowhere near the same extent). Deaths which were related to the use of opioids have risen from 800 a year in the mid-1990s to 2,000 a year.

Economic factors are likely to play a role too. Official data suggest that deaths of despair jumped in the mid-1980s, when traditional industries such as coal-mining were closing. The continued decline of manufacturing and the rise of service industries has probably favoured women. In 2004 the female employment rate exceeded the male rate in none of Britain’s local authorities. Now it is higher in 12. Men who no longer feel that they hold a privileged position in society may think they have little to live for.

Yet the fact that deaths from despair began rising again around 2010 points to another factor: fiscal austerity. A big tightening of welfare policy, including harsher use of sanctions against those who fail to meet job-searching requirements, has made the experience of looking for work progressively more uncomfortable—though why that should affect men more than women is not clear. Finding out what is really going on should be a priority for Sir Angus and his team.