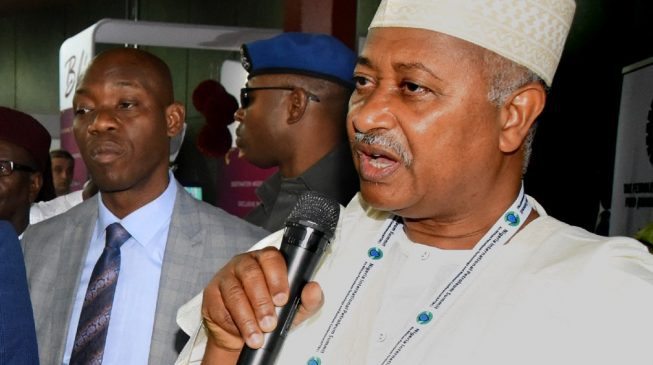 Officials of the Petroleum Equalisation Fund (PEF) have refused to respond to media enquiries over reports that the government agency has flouted recruitment laws, According to TheCable.
PEF, a government agency administering uniform prices of petroleum products across the country, recently demoted and dismissed some management staff over various acts of impropriety.
But the unresolved case of Ahmed Aminu Said has stuck out like a broken thumb.
Documents seen by TheCable appear to show that Said was offered employment by PEF while he was yet to complete the mandatory National Youth Service Corps (NYSC) exercise.
The offer of employment with reference number PEF/C/123/S.3 dated July 22, 2004 was sent to an address in Yola, Adamawa state at the time Said was said to be doing national service in Kaduna.
“I am pleased to convey to you the decision of the Management of this Board to offer you employment as Officer II,” read the offer signed by M. Bawa, then PEF’s general manager, administration.
Said was given till August 2004 to agree and sign to the conditions stated in an attached form which included that he resumed with a copy of his NYSC and other certificates.
Interestingly, Said submitted his acceptance letter noting he would resume duty July 27, 2004 — five days later. His letter was accepted and minuted upon for documentation.
RESUMED DUTY IN JULY, BUT COMPLETED NYSC SEPTEMBER
For the purposes of employment, Section 12 of the NYSC act demands that candidates  provide NYSC certificate.
Section 13 of the act adds that anyone who fails to comply would be liable for conviction.
Section 2 of the civil service rules also states that one must possess requisite qualifications as provided for in the scheme of service to be eligible for recruitment into the civil service.
Graduating from the Abubakar Tafawa Balewa University (ATBU) in Bauchi, Said proceeded for the NYSC exercise on September 8, 2003. On his NYSC certificate with discharge number A879916, Said completed the programme on September 7, 2004 — about two months he after had already resumed at PEF. 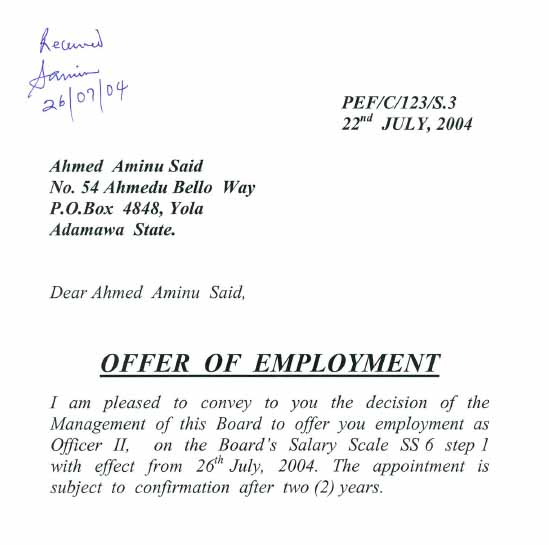 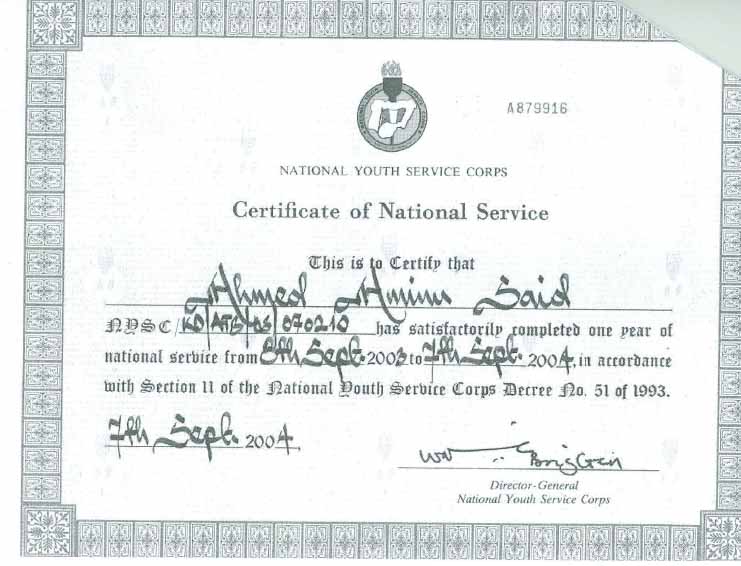 BENEFITS BEFORE CONFIRMATION?
In the civil service rules, officers on probation are required to serve for two years before being confirmed in the service. This period, however, may be reduced to not less than six months by deduction of any previous period of public service rendered satisfactorily in posts of cognate status involving similar duties.
In Said’s offer letter, it was also clearly stated that his appointment was subject to confirmation after two years. It is not clear if he was an exception as explained in the rules, but Said was barely two years before he started enjoyment some benefits in the service.
He got study leave to attend Sheffield Hallam University UK, and was awarded a master’s degree in computer and network engineering on October 13, 2006.
While on study leave, sources said PEF paid full leave allowance to Said whose appointment they said was yet to be confirmed.
“The system was always skewed to favour him,” a source within PEF lamented .
“Public service rules and all extant laws which required him to have completed his two years probation and be confirmed before enjoying such benefit were disregarded.”
Although TheCable cannot independently verify, sources said Said was illegally recruited and had enjoyed unmerited benefits because of his links in the emirate council of Adamawa.
ICPC RECEIVES PETITION AGAINST SAID
A petition against Said dated January 30, 2019 was received by the Independent Corrupt Practices Commission (ICPC) February 1, 2019.
Filed by Mas’ud Zakari through his lawyers, Benjamin Solicitors, the anti-graft agency was notified of the “crimes of dishonesty, circumvention of required conditions for employment and surreptitiously obtaining employment at the Petroleum Equalisation Fund (Management) Board as perpetuated by Ahmed Aminu Said.”
The petitioner wrote that Section 18.8 of the board conditions of service on offer of appointment recognised that the letter of appointment is a legal (contract) document which should always be carefully awarded and issued only by competent officials in order to safeguard the interest of the board.
The letter, according to the petitioner, would contain essential information such as probation period, and any failure in obligation on the part of the candidates would nullify the offer.
Efforts to reach Said were abortive as his telephone line was not reachable and he did not respond to SMS.
Musa Talle, chairman of PEF board, and Tukur Ingawa, chairman of the Federal Civil Service Commission, were yet to respond to messages from TheCable seeking their comments on the case.
‘GOVERNMENT TO STREAMLINE PROCESS OF RECRUITMENT’
In 2016, it was alleged that the Central Bank of Nigeria (CBN) illegally recruited children of top government officials, including a relative of President Muhammadu Buhari.
Subsequently, Habiba Lawal, the then acting secretary to the government of the federation (SGF), in a memo in 2017, accused ministries and agencies of carrying out illegal recruitment.
“The attention of the President has been drawn to reports of massive and indiscriminate clandestine recruitments in federal ministries, department and agencies (MDAs) in flagrant disregard of rules and established procedures for recruitment in the public service,” she had written, adding that “many MDAs have been carrying out recruitments in the guise of replacement of existing staff without following due process.”
According to Lawal, government then decided to streamline the process and procedures for recruitment and appointment into the public service in conformity with the certain guidelines.
PHOTO: Bobboi Ahmed, executive secretary of PEF.